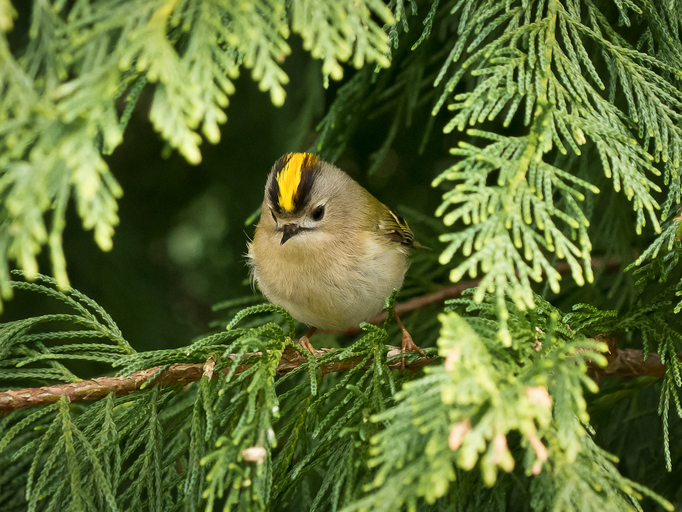 The Goldcrest is the UK’s smallest bird, but what it lacks in size it definitely makes up for with its striking appearance! Keep reading to learn some more amazing facts about this chirpy little garden visitor.

1. The goldcrest was once known as the golden-crested wren, and was not only Britain’s smallest bird, but was the smallest bird in the Western Palearctic.

2. The average weight of a goldcrest is about 5-6 grams. 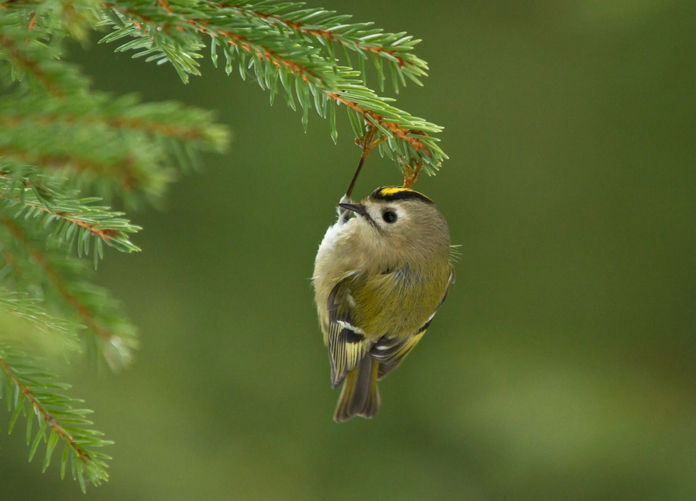 3. Early ornithologists didn’t believe that a bird as small as the goldcrest was able to fly across the North Sea unaided, and believed that they rode on the backs of short-eared owls.

4. Immigrant goldcrests arrive in the UK from late August to early November and depart the following spring.

5. Goldcrests are almost exclusively insectivorous, with spiders making up a large part of their diet.

6. Their nests, which are usually suspended in conifer branches, are formed into spherical cup shapes and are constructed from lichen, cobwebs, moss and hair. 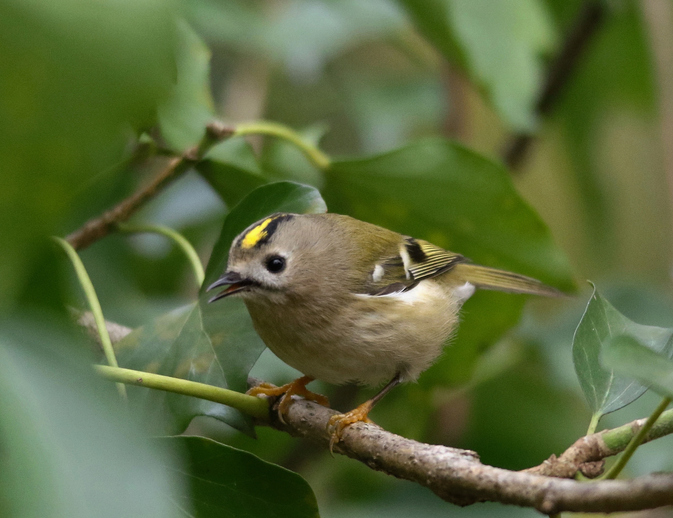 7. The male goldcrest reveals his presence with his call, which is a loud but high-frequency song that can be heard from late winter until late summer.

8. Goldcrests can be found as far afield as the Himalayas and Japan.

9. Most pairs will try and rear two overlapping broods each spring, with the female straing the second clutch before the first brood have fledged.

10. The goldcrest has a North American equivalent, the ruby-crowned kinglet. However, though similar in size, it’s not as brightly coloured.

We love hearing facts and seeing pictures of your feathered friends. Share them with us on our Facebook page here.

Interesting facts about the bearded vulture