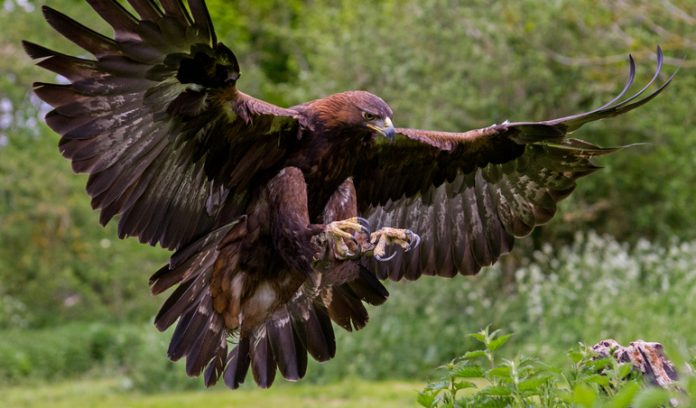 The British Isles is home to some truly magnificent wildlife, but some of the most remarkable of our native species are the birds of prey that can be spotted up and down the country. We’ve put together this handy identification guide, along with some amazing facts, to help you spot some of these incredible aerial hunters.

A few decades ago, the red kite population had been depleted to just a few birds, with only two surviving breeding pairs found teetering on the edge of extinction in the valleys of Mid-Wales. However, thanks to a massive conservation programme, their numbers have risen and there are now an estimated 1800 pairs living in the UK. 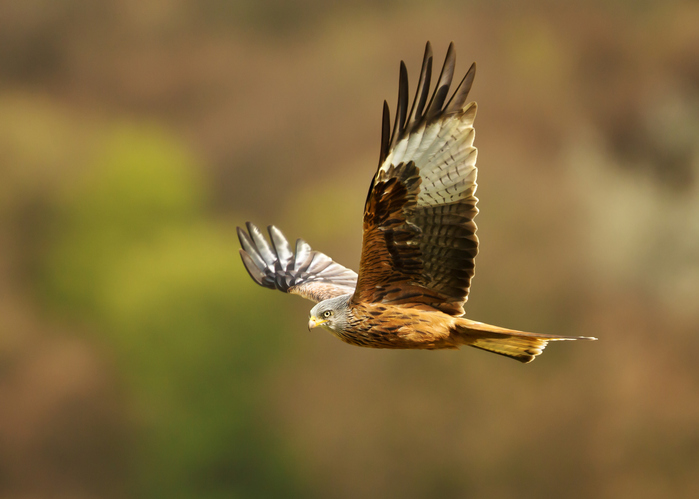 Identifiable by their reddish-brown bodies, angled wings and deeply forked tails, red kites are often found hunting on the wing, soaring and circling over open ground in search of prey. However, they are mainly carrion eaters – so much so in fact that, historically, red kites were associated more with towns and cities where their carrion-ways would help to keep the streets clean.

The most common falcon in the UK, kestrels have light brown plumage on the front of their chest with dark speckles, and dark brown backs with black speckles. Frequently found hovering over motorway verges and fields, they feed mainly on mice, voles and insects. Kestrels have incredible eyesight, even in poor light, and can still be found out hunting until almost dark. 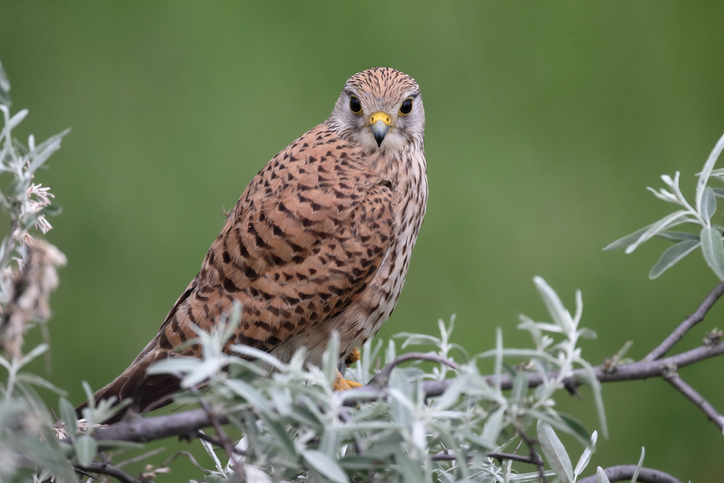 During nesting season, kestrels like to reuse old crows nests to raise their young in, however they have also been known to nest in holes in trees, nesting boxes and cliff edges.

Specialist bird hunters, the sparrowhawk is widespread throughout the UK. Identifiable by its rounded wings and long, narrow tail. Males are smaller than females and have a blue-grey back and white underparts with red-orange barring. 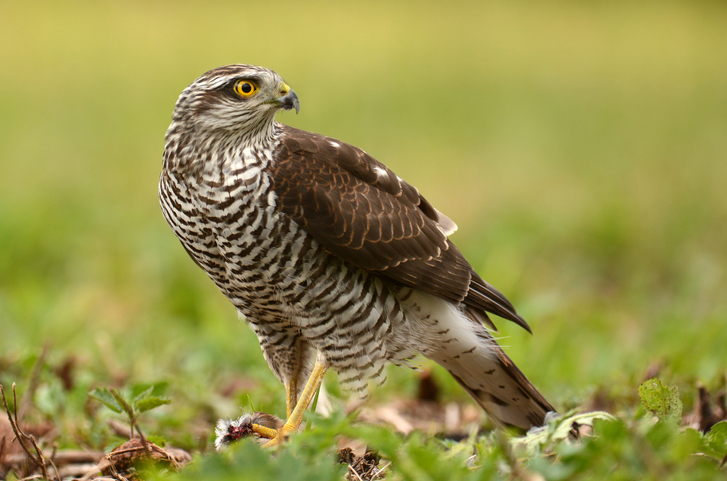 As their name suggests, their main prey is smaller songbirds, however they have been known to take a wide variety of small mammals, including bats captured in flight.

Master fishers, sea eagles dive down into the sea to snatch their prey from just below the water’s surface. Identifiable by their white tails, they also have high-arched beaks on a white or tan head. 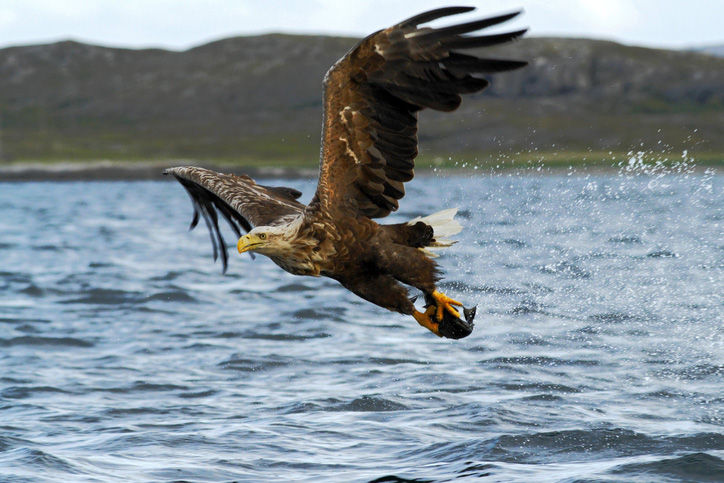 Occasionally when out hunting, sea eagles will catch a fish that is too heavy to fly away with, so instead they will hold it in their grasp and swim all the way back to shore!

Often found perched atop telephone poles and fence posts, buzzards are large, broad birds with brown plumage and blunt wing tips that can also be seen circling high in the sky on thermals. Despite it’s impressive size, buzzards aren’t considered a major predator as they prefer a diet of carrion and earthworms. 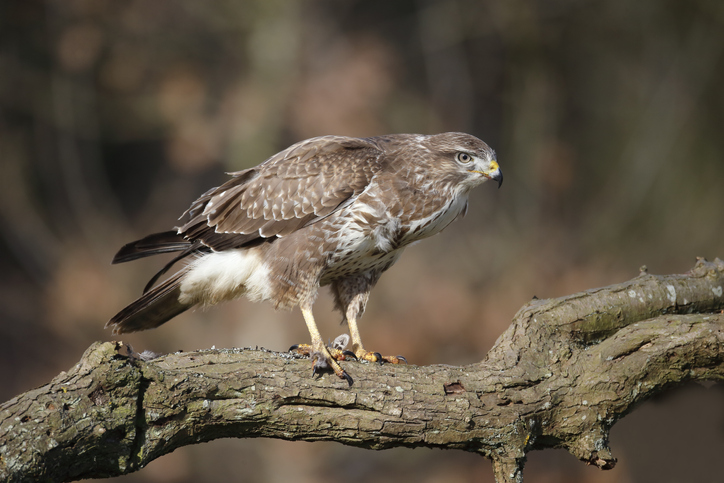 Although largely resident to the UK, many buzzards from northern populations have been known to migrate to Africa during the winter months.

Confined to North and West Scotland, the golden eagle is a rare but majestic sight to behold. Similar in size to a buzzard, they are dark brown in colour, with a namesake golden-brown head. Extremely swift and able to reach air speeds of up to 200 miles per hour, they have keen eyes that can see clearly in colour, allowing them to spot prey from a long distance. 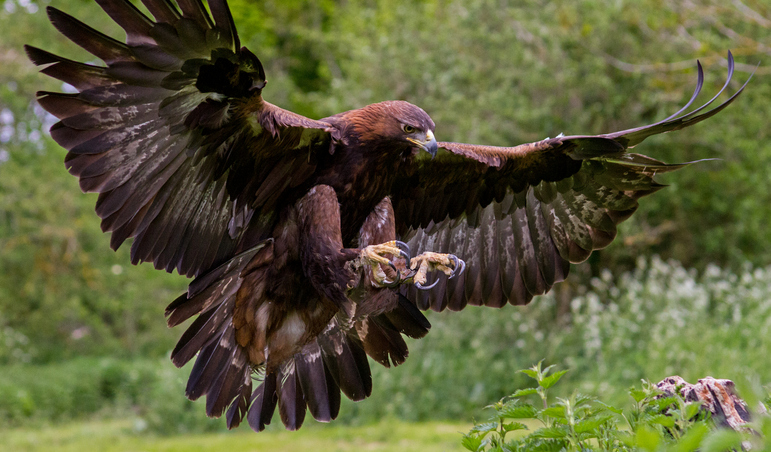 Golden eagles are extremely powerful and are large enough to take down an adult deer, however they typically feed on rodents, rabbits, reptiles, birds and fish.

Large and powerful, peregrine falcons have blue-grey plumage, long, broad, pointed wings and a finely barred breast. Swift and agile in flight, they have powerful eyes, larger and heavier than a human’s, allow them to spot their prey on the ground from 300 metres in the air. 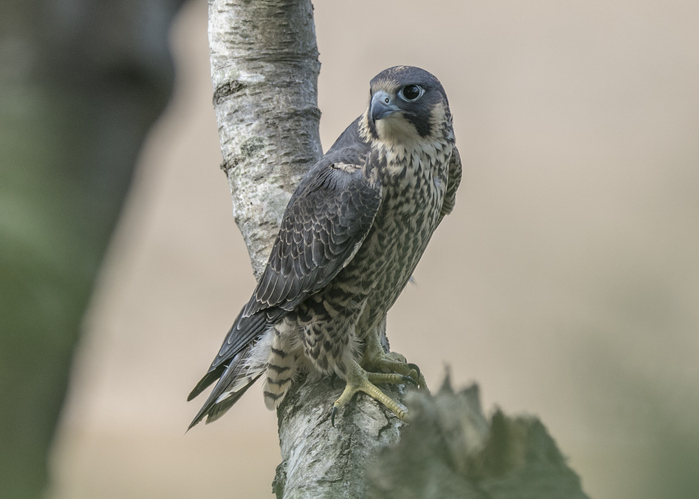 Unlike other birds of prey that rely on their sharp talons for catching prey, peregrine falcons also have a sharp tooth at the end of their beak that they can use to quickly sever a neck!

We would love to see any pictures of birds of prey you have! Share them with us on our Facebook page here.

How to deter mice and rats from your feeders

Helpful animals to encourage to your garden

8 birds to look out for this autumn