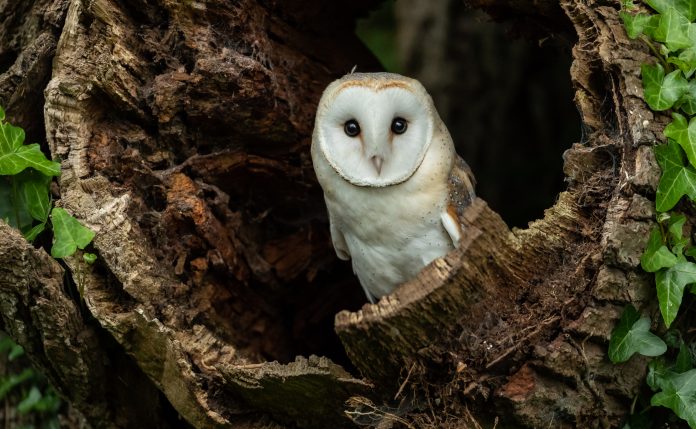 For many a keen birdwatcher, owls are fascinating creatures. Historically associated with witchcraft, or even as bad omens, they are nowadays more often associated with Harry Potter. But which breeds would you be likely to spot out and about in the British countryside? 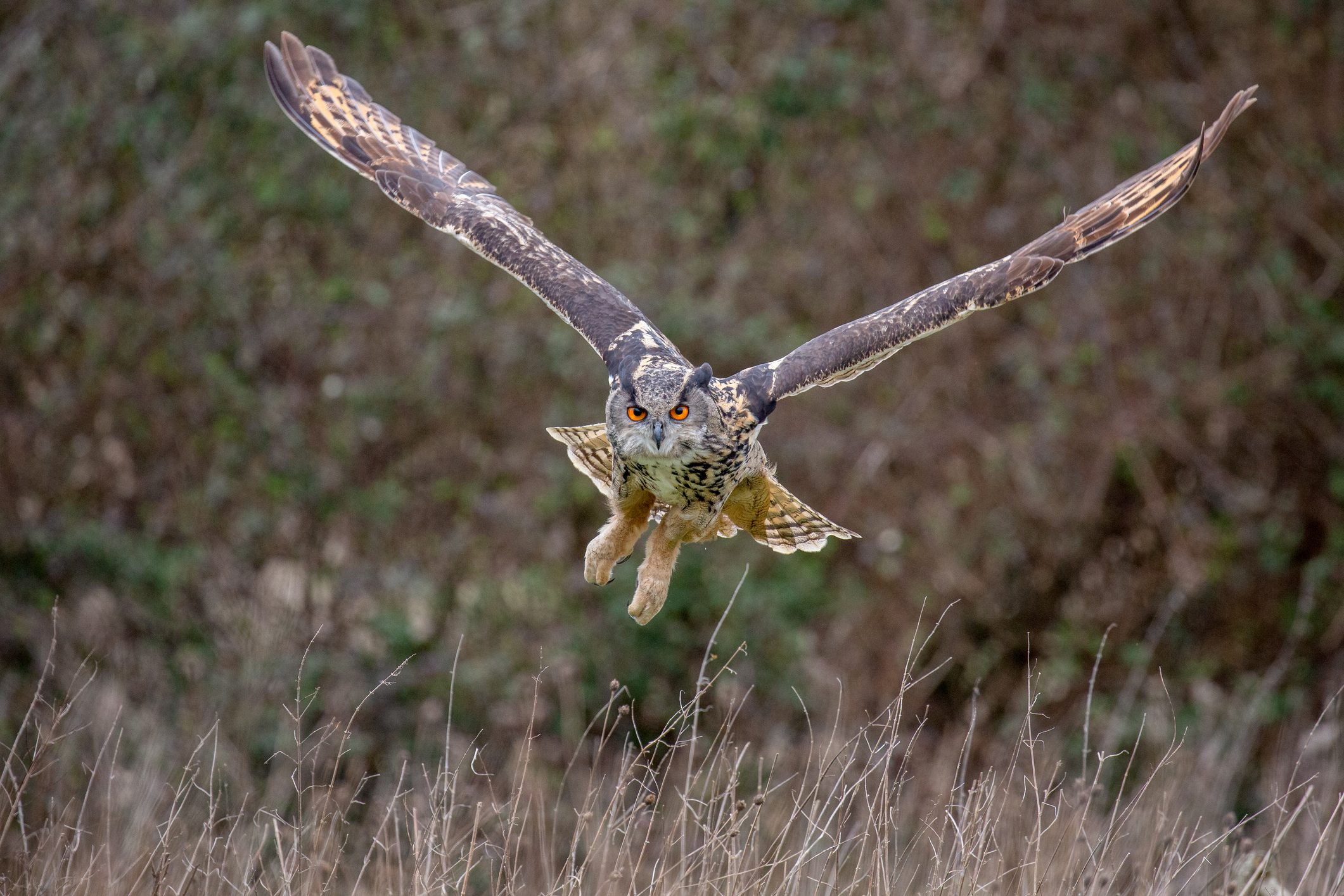 While its status as a British native species has caused debate among conservationists, the eagle owl is one of the rarest owls that you can spot in Britain. This huge owl can bring down a fox or a small deer as prey, using its fierce talons to make a quick kill. Its taloned feet are as large as a human hand, and the eagle owl has a distinctly careful walk that has been compared to that of a lynx. It is recognisable by its size, lovely amber eyes, and distinctive ‘ear’ tufts. 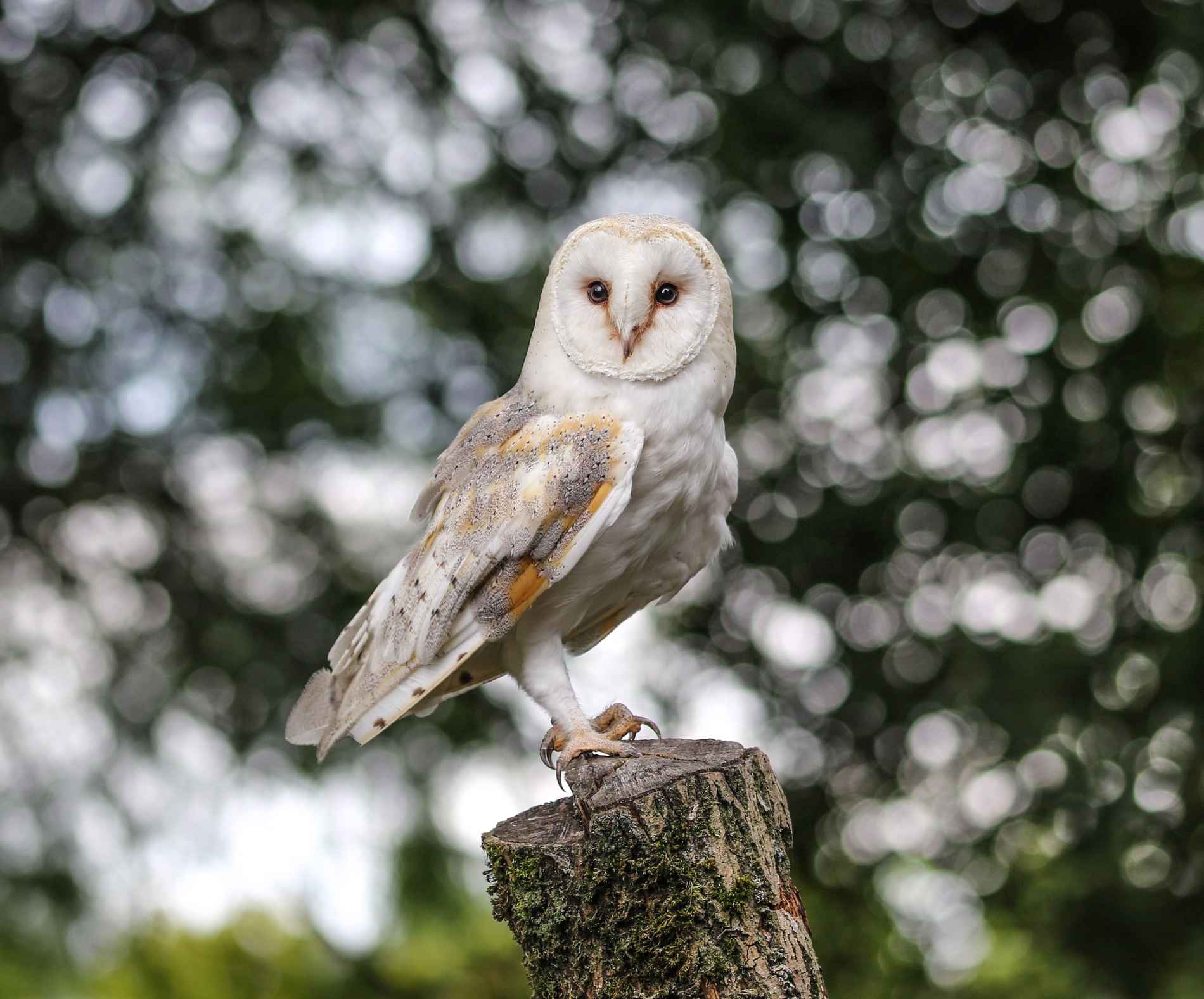 This beautiful bird is the least likely to be confused with other owls because of its distinctive white colour, golden back with grey markings, and heart-shaped face. They have a very keen sense of hearing and can pick up on even the most minute of sounds. The barn owl mostly hunts small mammals such as mice and voles, and can often be seen hunting during the daytime, mostly around dawn or dusk. It is widespread across Britain. 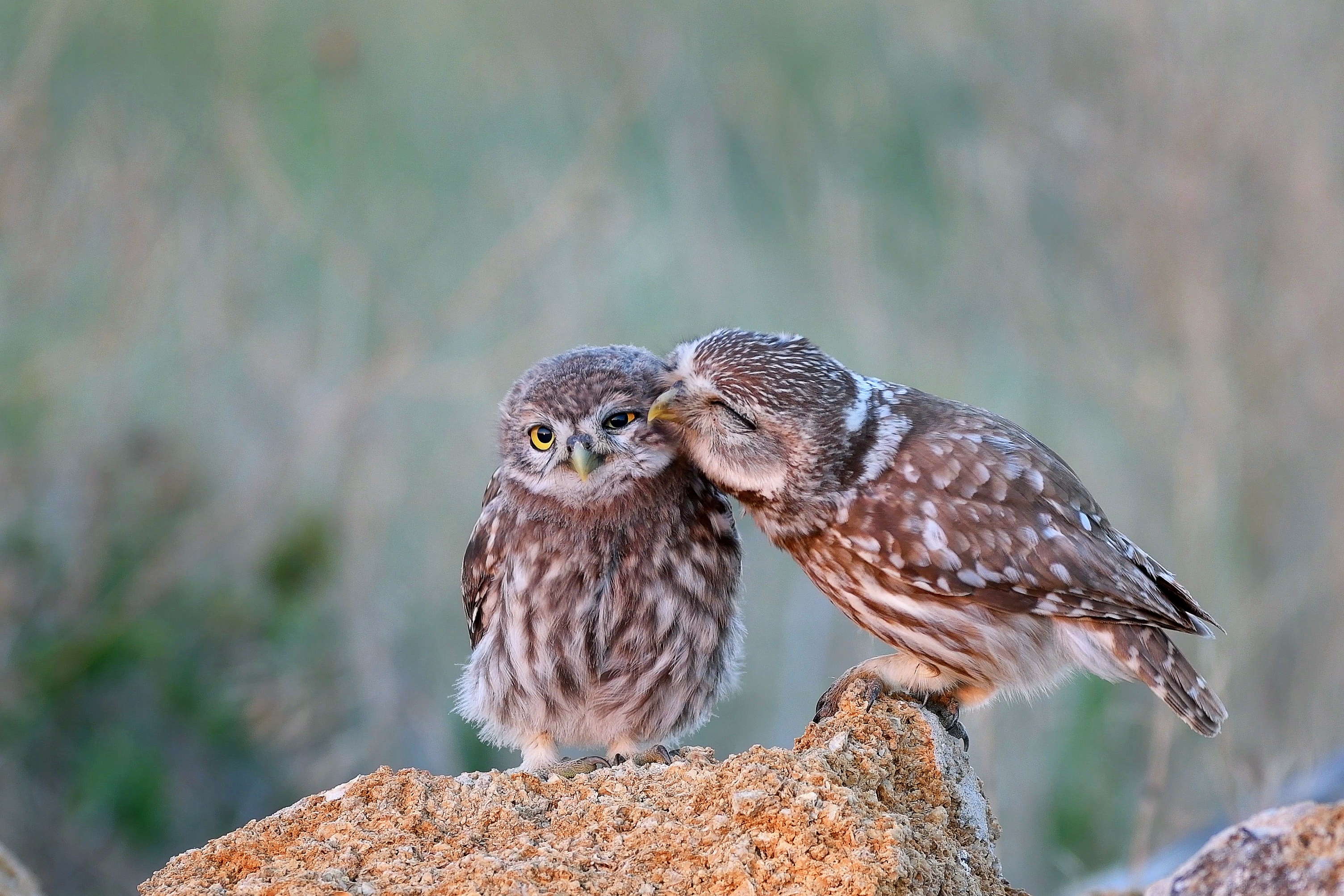 The smallest of the British owls, the little owl is only 8 inches tall, and is the owl you are more likely to spot flying about in the daytime. Introduced to Britain in the 19th century, it was able to flourish as its small size meant it could nest in the smaller, harder to reach places that other owls were too big to inhabit. It has, however, recently suffered a decline in numbers. The little owl in particular was associated with the Greek goddess Athena as her companion. 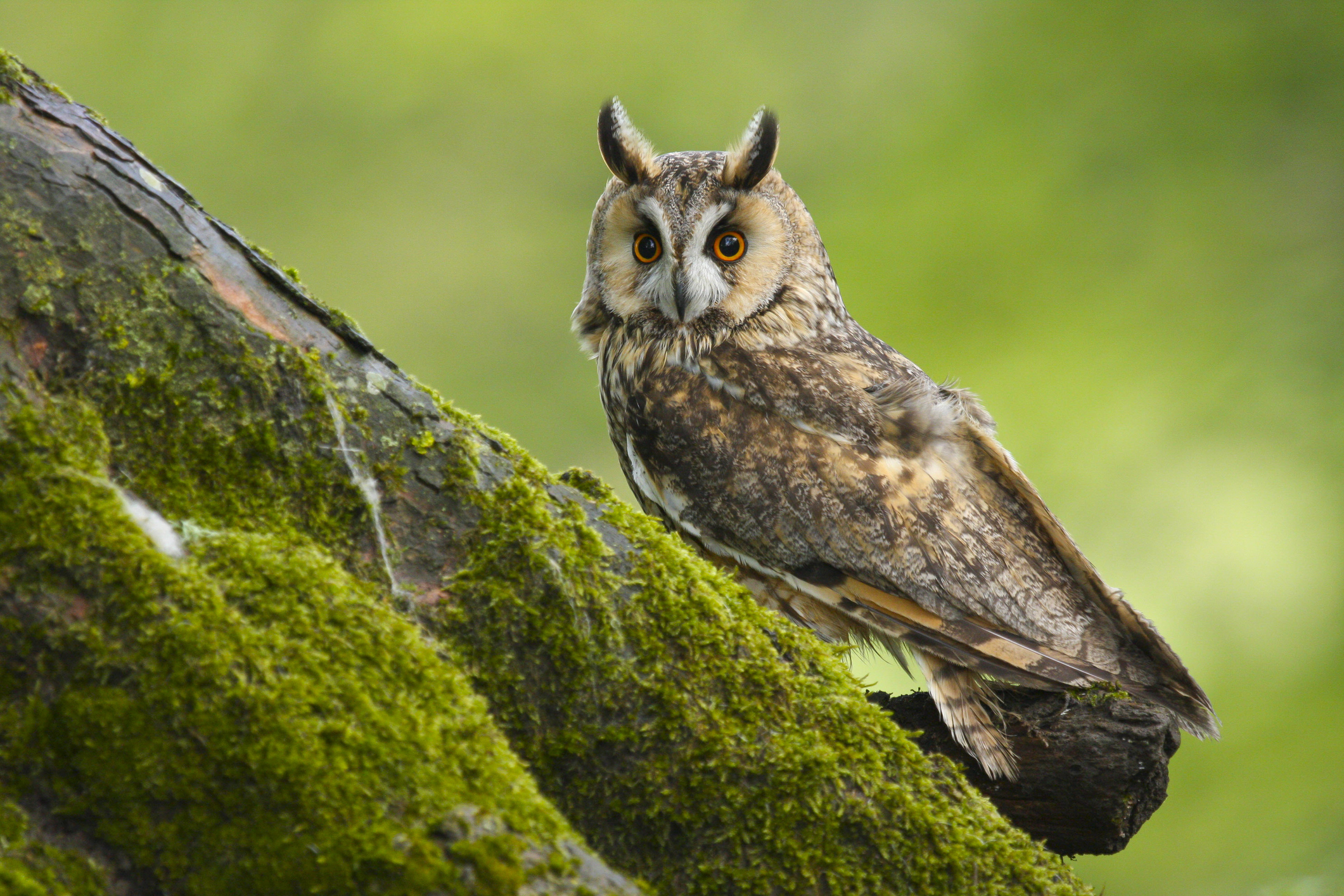 This lovely owl lives in woodland areas, preferring to nest in old crow’s nests, or even old squirrel dreys. Its distinctive long ‘ear’ tufts certainly give it a wise appearance, and help the long-eared owl to look bigger when alarmed. Similar to other owls, they mostly feed on field voles as well as an assortment of smaller mammals. They usually hunt by quartering; this is where the bird flies low to the ground hunting for its prey. Its population is boosted during winter months as birds migrate from Europe. 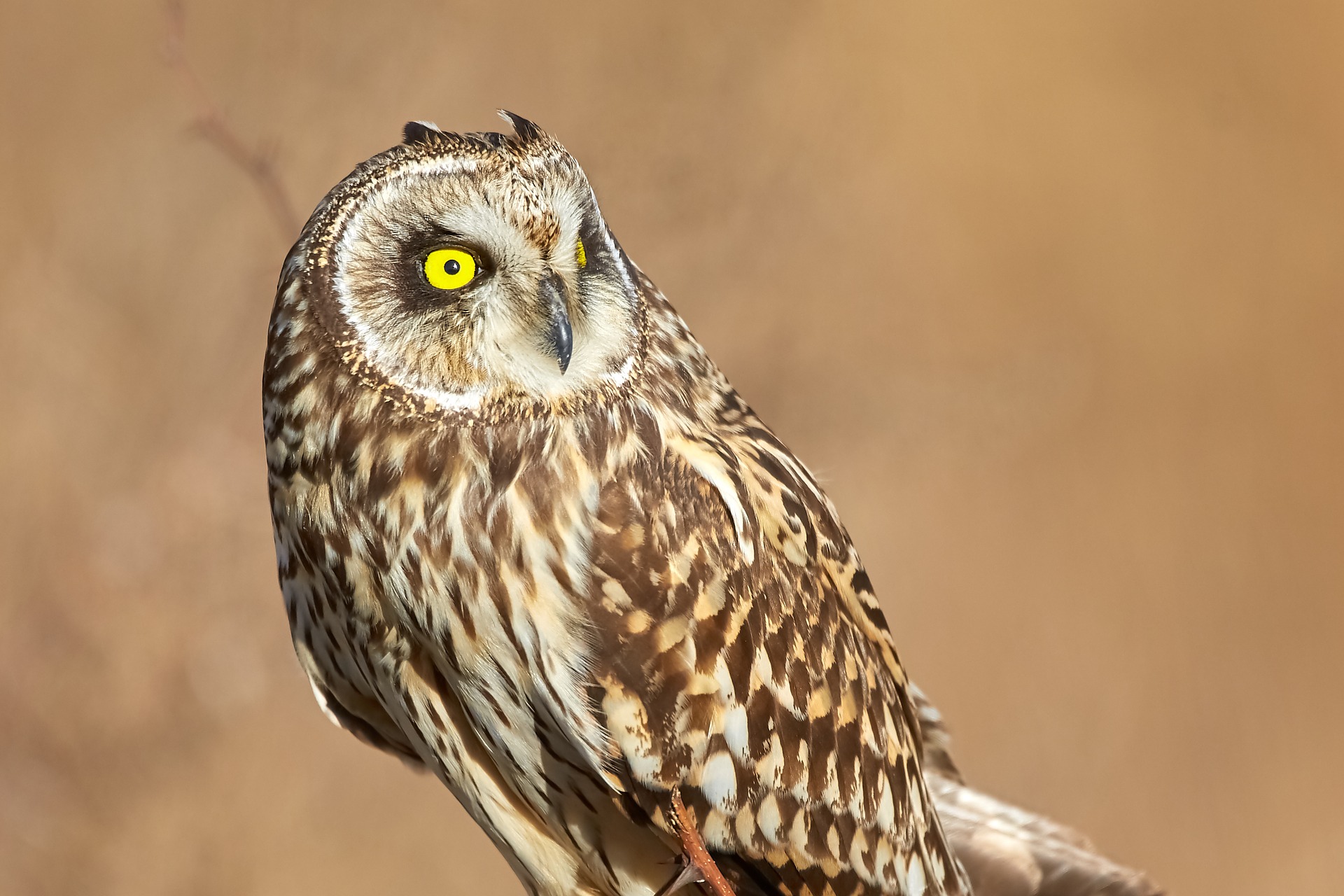 The short-eared owl is recognisable by its ear tufts and yellow eyes highlighted by a black ring. These owls are more likely to hunt during the day time, and their population is directly affected by the accessibility of its prey. Short-eared owls are ground nesting birds, and prefer wetlands and coastal areas. There is often an increase in their population during the winter time, when short-eared owls from Scandanavia, Russia, and Iceland migrate to the warmer climate. 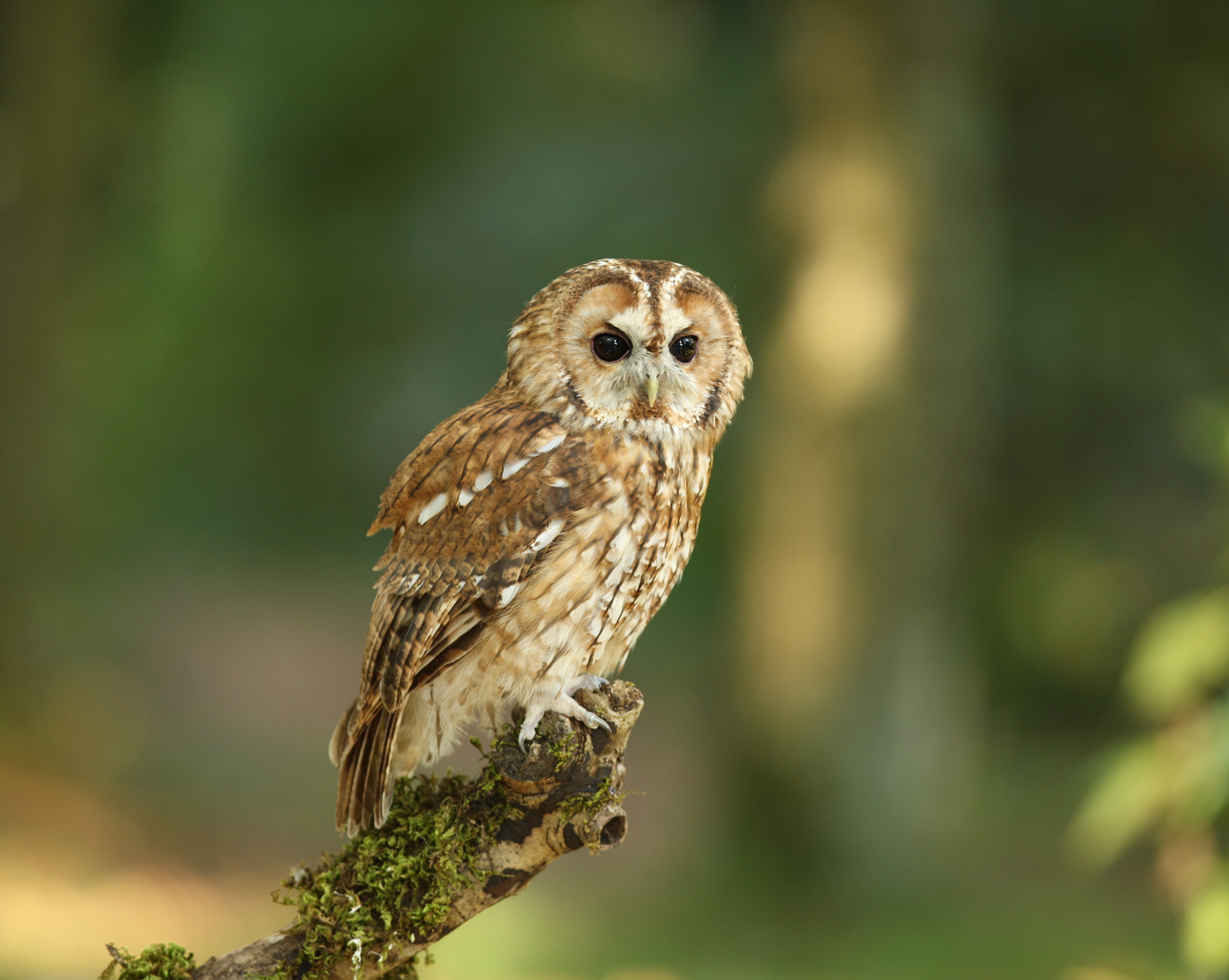 The most common of British owls, it’s most likely the tawny owl that you’ll spot nestling among the tree branches in your garden. They prefer woodland habitats, and will use their intimate knowledge of their surroundings to hunt from favoured perches for prey. It’s the tawny owl’s iconic to-whit-to-woo call that we associate with all owls; the females will call out a ‘kewick’, and the males will answer with ‘hoohoo’! There are around 50,000 breeding pairs scattered across the UK, but you won’t find the tawny owls in Ireland. These birds are strictly nocturnal so you’re unlikely to spot one during the day, unless at their roost. 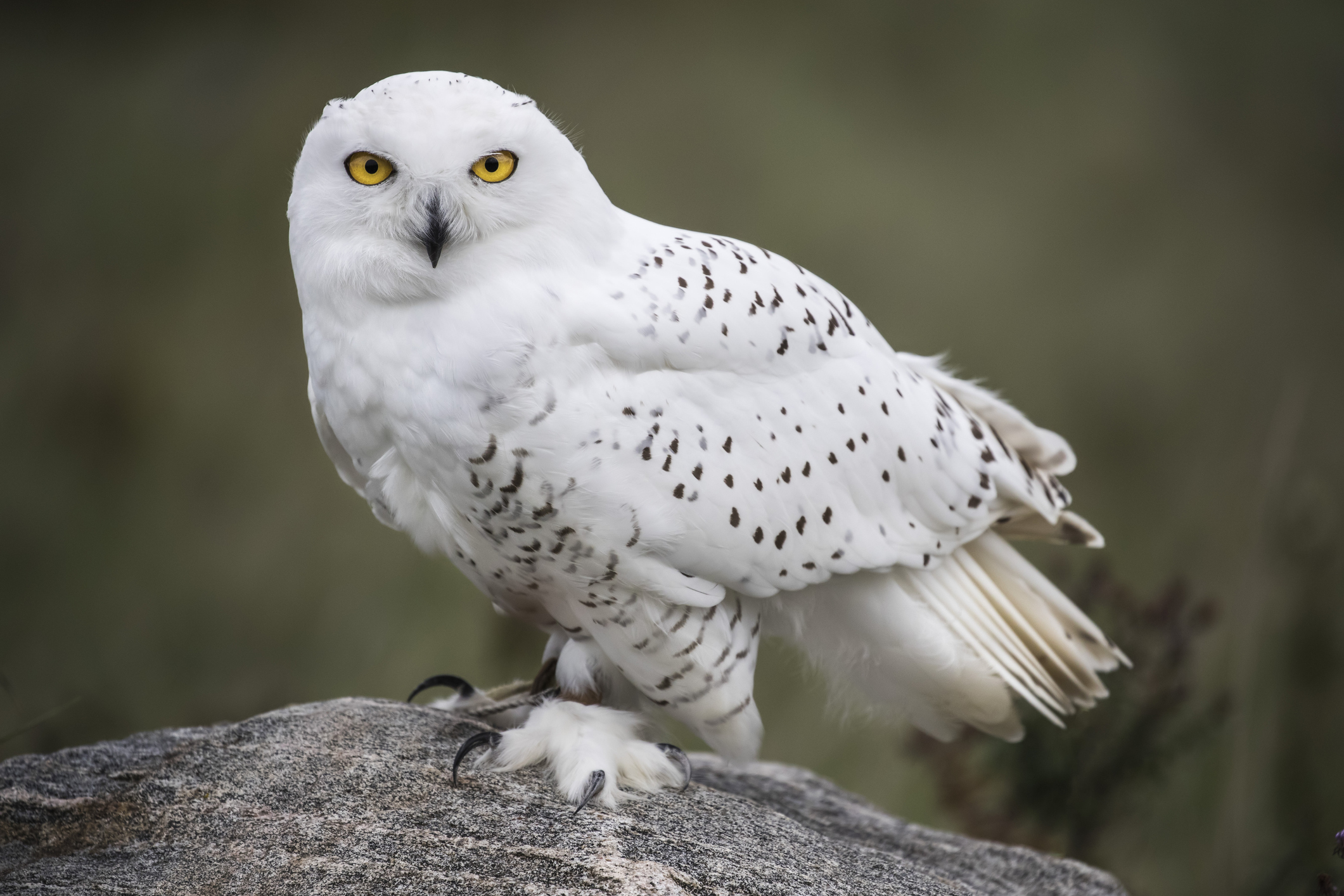 While not native to Britain, on rare occasions you can spot a visiting snowy owl out and about in the British countryside. Made famous by JK Rowling’s Hedwig, the snowy owl has helped to alleviate some of the more superstitious beliefs surrounding owls that date back to Shakespeare’s time, where they were considered a bad omen, and were often associated with witchcraft. Back when the Beast from the East struck Britain, a snowy owl was spotted around Kent. Some enthusiasts travelled from as far as 200 miles away to catch a glimpse of this rare bird!

How many of these wonderful owls have you spotted around the UK? Let us know over on our Facebook page!