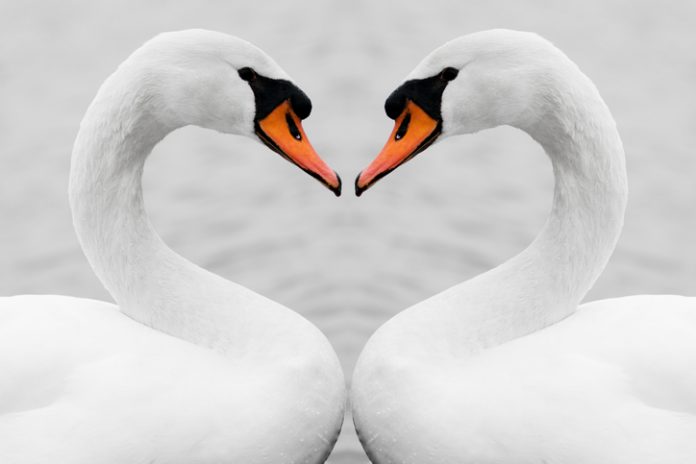 Valentines Day is upon us, and it’s not just humans who are thinking about love! With winter almost over, our feathered friends are starting to gear up for another breeding season, and among them are some true romantics who stay together for life. Read more about these besotted birds below.

Throughout the ages, swans have been emblems of romance and with good reason. However, when it comes to courting rituals, mute swans do not live up to their name and perform a series of loud, hissing, grunting sounds accompanied by a courtship ‘dance’. Once a partner has been wooed, mute swans are bonded for life and will only change partners if one of them dies. 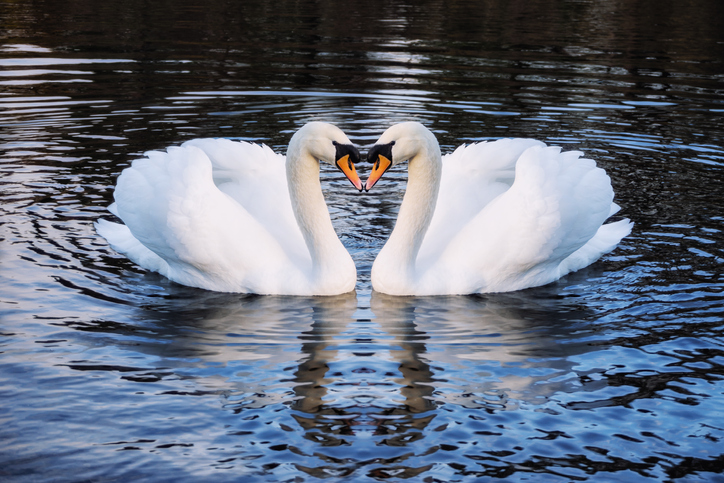 If a male loses his partner and pairs with younger female, she will join him on his territory. However, if he pairs with an older female, they will set up home together at hers. If a female loses her partner, she will normally re-mate quickly and go for a younger male.

Displaying signs of affection such as preening each other, rubbing their cheeks together and cuddling up in the nest, barn owls are definitely amongst the most romantic of birds. Staying faithful to their partner until one of them dies, their courtship begins with display flights from the male accompanied by calls and chasing of the female. 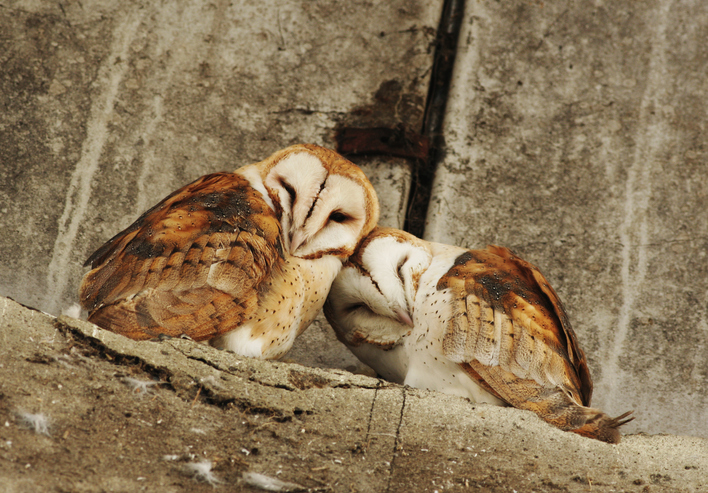 During this game of chase, both the male and female will screech, and the male will also hover with his feet dangling in front of the female for several seconds in a ritual known as a ‘moth flight’. Once bonded, they will reestablish and strengthen their bond each spring with the same courtship ritual, and will raise many broods together throughout their lives, often using the same nesting site each year.

Not only is the golden eagle an impressive bird to look at, but he also really knows how to impress a female, with mating rituals including ‘sky dancing’, which involves numerous, intricate steep dives. Courtship also includes other aerial feats with the male and female soaring upward in unison, the male suddenly streaking ahead and then diving back down to meet his mate. 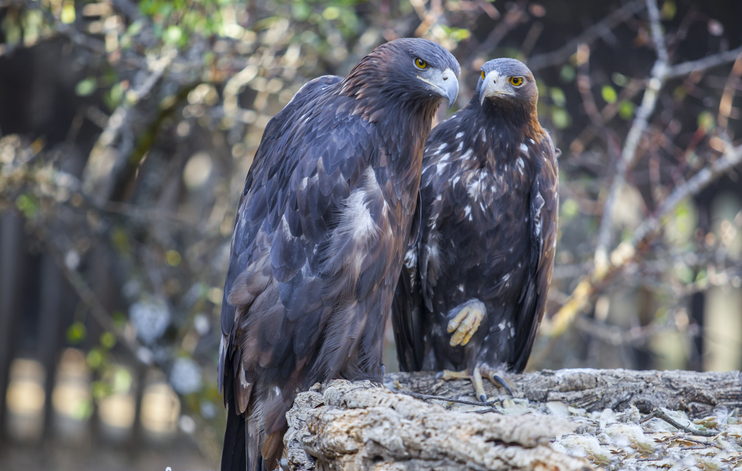 Another bird to mate for life, they will also only start to look for another partner should one of them die. Perfect partners in all aspects, pairs will even hunt tactically together, with one keeping the prey’s attention while the other swoops in for the kill.

Worldwide symbols of love, the turtle dove is another monogamous bird. Their courtship ritual consists of the male putting on an elaborate show of affection for the female, puffing out their chest and bobbing up and down with a lowered beak. 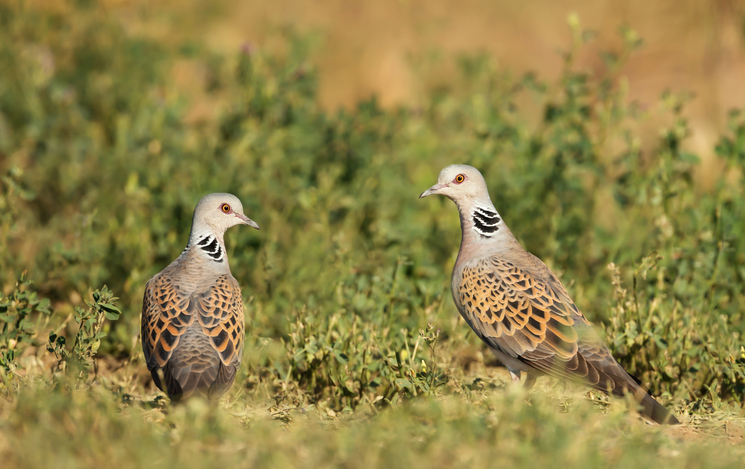 If the female likes what she sees, the pair will quickly start building a nest together out of thin twigs, lined with plant stems and hair. Males are actively involved in taking care of the young, from the time the eggs are laid right through to when the young birds are fledged.

Male Canada geese will start looking for their life partner at three years old, having lived exclusively with a group of single young males from the age of one. The female will choose her mate based on how much she likes the male’s courtship dance, and how well she feels he can protect her. 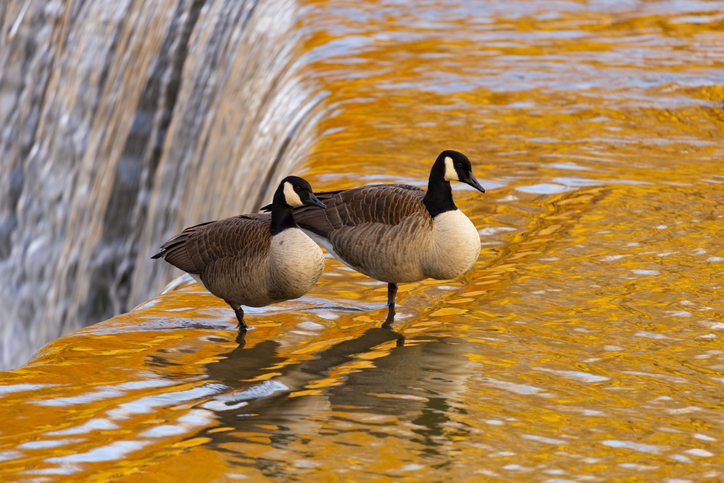 Once their bond has been established Canada geese will mate for life, and will migrate to the area they were born to raise their own young. When one of the pair dies, the remaining partner will go through a period of mourning before setting out to search for another mate.

Why do some birds mate for life?

As romantic as birds settling down for life with one partner sounds, there is actually a practical reason behind it. Many larger birds only produce one brood of chicks per year, which take longer to incubate and grow, and parents who stay together year after year are ready and prepared to breed earlier in the season, allowing plenty of time to raise their young.

Finding a mate also involves quite a lot of singing and dancing, particularly in large migratory birds such as swans and geese, so by staying together for life and avoiding performing courtship rituals each year, they can reserve more energy for the long flight home.

We love hearing facts and seeing pictures of your feathered friends. Join in the conversation over on our Facebook page.