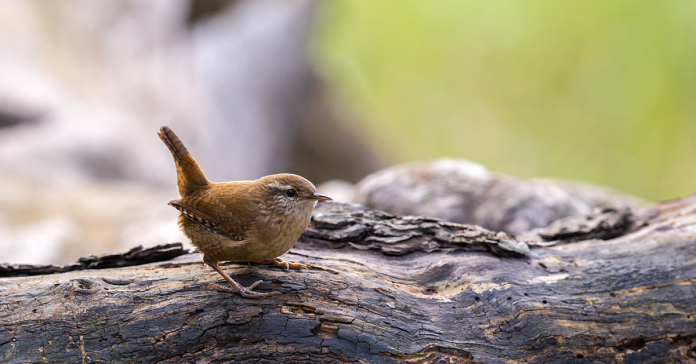 Birds are fascinating creatures. And with around 10,000 different species across the globe, there are certainly some interesting and quirky birds out there! How many of these fascinating facts about birds around the world did you know?

Cardinals, along with around 200 other bird species, voluntarily cover themselves with ants. Experts are yet to find a reason as to why birds do this – some believe the birds use the acids that some ants release to help ward off lice and other parasites.

This process is called “anting” – there are two types of anting; passive and active. Active anting involves the cardinal taking an ant in its beak and rubbing it along a feather. Passive anting is when a bird will sit on an anthill and let the ants crawl all over it.

The bee hummingbirds are the smallest birds alive, weighing just 2 grams! They measure about two and a quarter inches long, and are often mistaken for bees. Bee hummingbirds hail from the island of Cuba, and can be found in places like inland forests and forests on the coasts.

Although they are tiny birds, they spend more of their time flying than any other kind of bird. Their tiny wings beat around 80 times a second, and during a courtship flight beat up to 200 times per second.

The hooded pitohui is the first documented poisonous bird

The hooded pitohui is brightly coloured, with a deep orange or red belly and a jet black head. It is found in the forests of New Guinea.

The poison is found in its skin and feathers. For the most part, these birds will cause numbness, tingling and other minor symptoms when touched. However, if you came in contact with a higher quantity of this poison you could be left with serious side effect such as paralysis.

Blackbirds can sometimes be white

Blackbirds can inherit a condition called ‘partial albinism’ from their parents, which results in some of their feathers being white instead of black.

All ducks have highly waterproof feathers

As a result of an intricate feather structure and a waxy coating that is spread on each feather while preening, all ducks have waterproof feathers. A duck’s feathers are so waterproof that even when the duck dives underwater, its downy underlayer of feathers right next to the skin will stay completely dry.

Their waterproof feathers require constant maintenance to be effective, which is why they can often be spotted preening and washing.

Bee-eater’s feed on about 250 bees a day

This makes them very unpopular with beekeepers! Before eating a stinging insect, they remove the sting by bashing the insect on a hard surface to kill it first, then wipe the abdomen to get the sting to discharge.

The bee-eater, with their kaleidoscopic plumage, are one of the most beautiful birds in Europe. They inhabit a variety of habitats depending on what regional environments including forest, shrubland, grassland, and agricultural areas.

An albatross can sleep while it flies

It apparently dozes while cruising at 25 mph. They can’t sleep for too long on the water, otherwise they could get eaten by predators. So sleeping while gliding is the perfect solution for this intriguing sea bird! Some scientists believe that certain sleep patterns allow the albatross to visually navigate during sleep while in flight.

It’s bad luck to kill an albatross, as made famous by the poem rime of the ancient mariner.

Wrens are virtuosos in song

The song of a European wren is made of more than 700 different notes a minute and can be heard 1,650 feet (500 m) away. In fact, the wren has an incredibly powerful song for its small size. Per unit weight, it can sing at ten times the power of a cockerel crowing! It’s the loudest song of any British bird in proportion to its size.

The sword-billed hummingbird’s beak is longer than its body

The sword-billed hummingbird, which lives in the Andes mountains of South America, has a beak that is longer than its body. It uses its beak to drink nectar from the long, tube-like datura flower. The sword-bill will approach the flower from below, and probe its beak upwards into the funnel of the flower. Andy insects found in the flower’s deep, dark funnel will also get eaten.

Because of its long beak, it’s unable to preen itself like other birds, so instead it uses its very small feet. As a result of this unusual method, preening takes up a lot of the sword-bill’s time.

Worm-eating Bassian thrushes have been known to dislodge their prey from piles of leaves by directing their farts at them. The excretion of gas shifts the leaf-litter on the ground and apparently provokes worms to move around, revealing their location.

Do you know any interesting bird facts that we’ve missed off our list? Let us know about them over on our Facebook page!