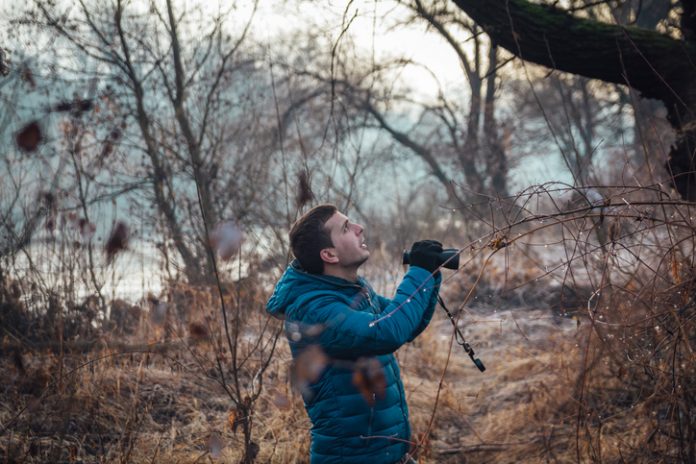 The RSPB’s Big Garden Bird Watch is taking place between 29th – 31st January this year, and presents us with the perfect opportunity to sit back and take note of all the wonderful flying visitors that land in our gardens and parks.

If you’re taking part in the fun this year, take a look at our quick identification guide to some of the UK’s most common birds to help you accurately note down which feathered friends visited your garden, as well as some feed ideas to help you entice them in!

Easily recognisable by their namesake long tail feather, long-tailed tits have black upper parts and streaks of white and pink on their back and wings. Their call consists of high-pitched whistles and clicks, with a three syllable ‘tsee’ that helps them stay in contact with the rest of their flock. 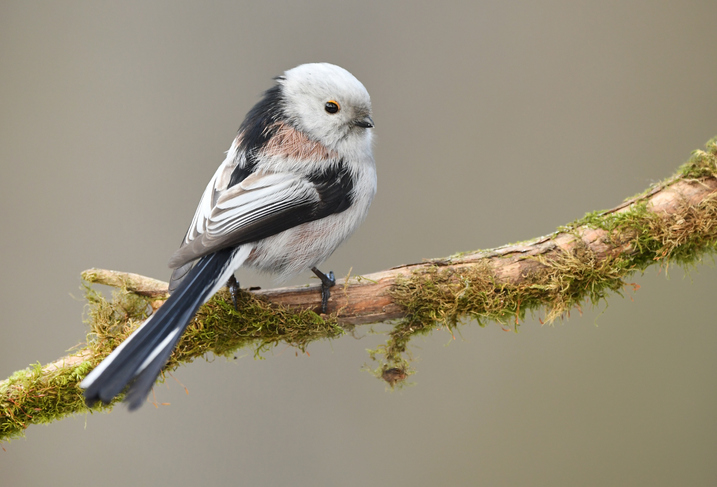 Long-tailed tits tend to favour insects, but they can be attracted into gardens with tempting, high energy snacks such as suet.

A solitary visitor, dunnocks are small, brown birds that are often mistaken for house sparrows. However, they can be told apart by their black, streaked marks that cover the upperpart of their body. A quiet bird, they have a wren-like warble with a limited series of notes. 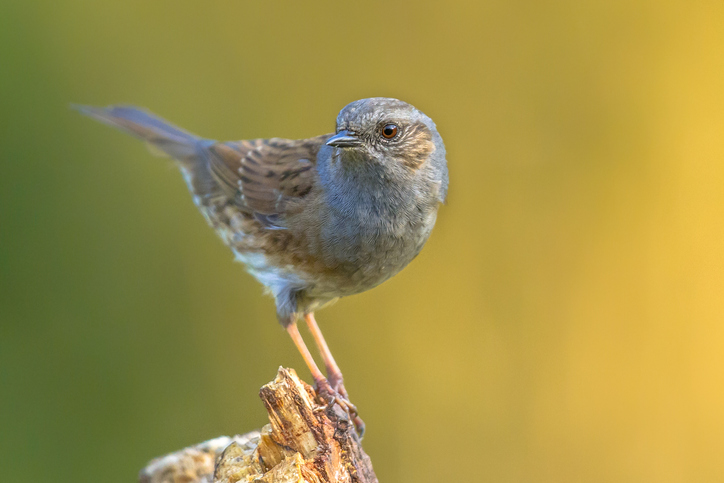 The dunnock, like most birds, loves a good grub, but will peck away happily at seeds too. Pop out some mealworms and they’ll love those as well!

An acrobatic, hardy little bird, coal tits can be spotted by their black, white, brown and grey plumage along with a distinctive white patch on their nape. They sing a variety of tunes, consisting of high pitched, rhythmic calls. 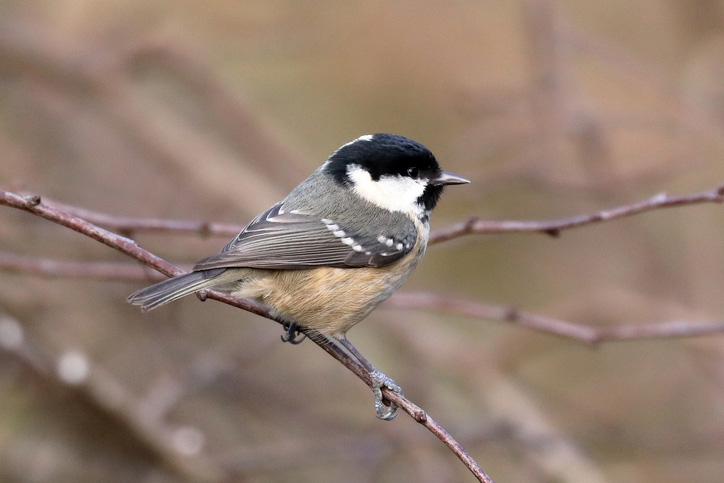 Like most smaller birds, the coal tit will eat insects of many varieties, but loves peanuts from a feeder; especially in winter. 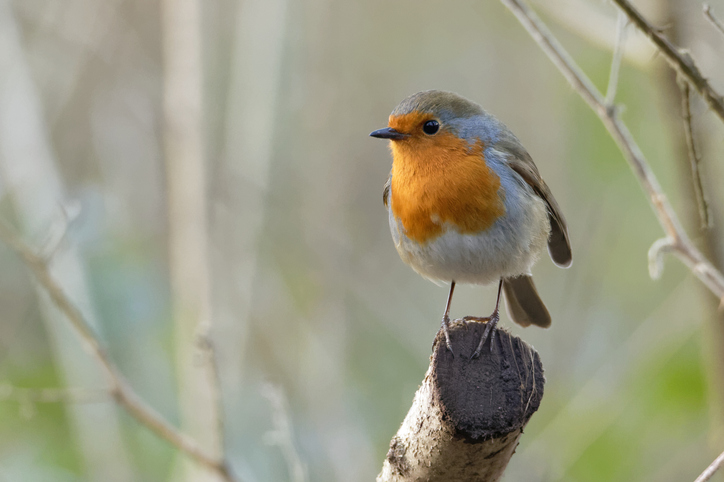 A common visitor to gardens, the robin will take seeds from feeders and loves fruit too!

Another famous garden visitor, both sexes of blue tit have their signature yellow and blue plumage, however the female is slightly duller in colour. Just like other tits, you’ll hear a variety of calls, from everyday bird chattering to a more ringing song. 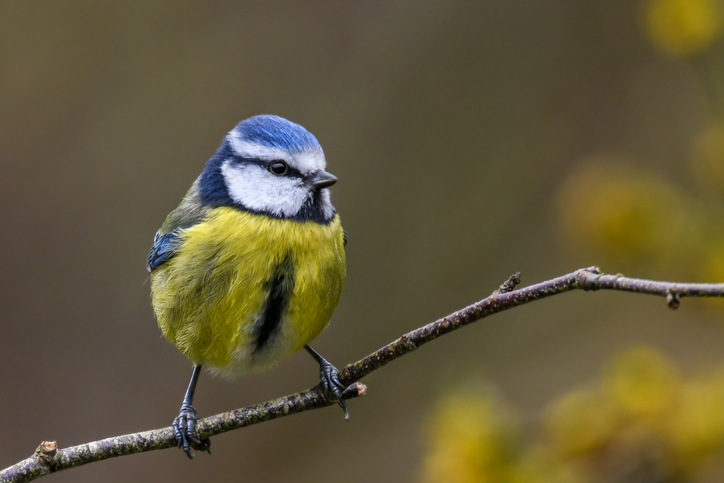 Blue tits love insects and spiders, but will come to your garden for peanuts in the winter. Always make sure you offer peanuts in a feeder as whole peanuts can cause little birds to choke!

One of the prettiest birds you’re likely to see, goldfinches have a pale brown body with yellow and black plumage, and a crimson red coloured head. The underpart of the goldfinch is a mix of brown with lashings of white. 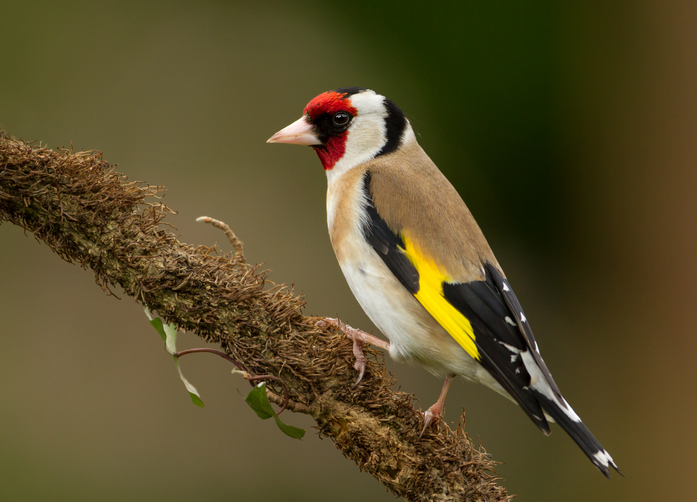 Just like most members of the finch family, goldfinches have a penchant for feasting on niger seeds.

Starlings are mainly dark with spotted plumage and a sharp yellow pointed bill. The head and underparts are a blue-black shade. In the summer this turns into a purple sheen. In the spring, males appear brighter and less spotted than females, and also adopt a purple sheen. Singing in a wide variety of calls such as clicks, whistles and wheezy interludes. 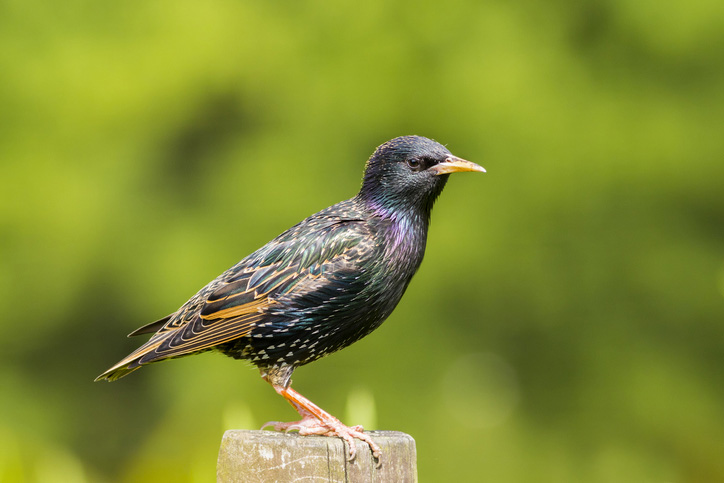 Happy to feed on a variety of insects taken from the soil, starlings will also happily take all manner of food provided by humans.

Striking, pink underparts, a bluey-grey head and white wing patches make the male chaffinch one of the most distinctive small birds you’re likely to see. As is common, the female is similar, but duller in hue. The brown back and dark wings offer further differentiation. 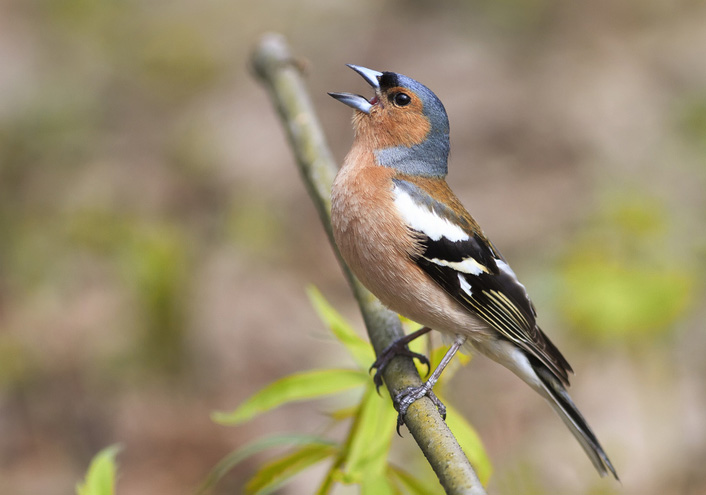 Happy to peck away at seeds, berries and berry suet pellets, chaffinches are often found feeding on open lawns and are common visitors to rural gardens, but may shy away from more urban settings.

A familiar bird with a striking black head, contrasting white cheeks and a bright yellow breast bisected with a thick black line. The great tit has a fantastic variation of calls, the most well-known being a two-tone repetitive tune, with emphasis on the second syllable. 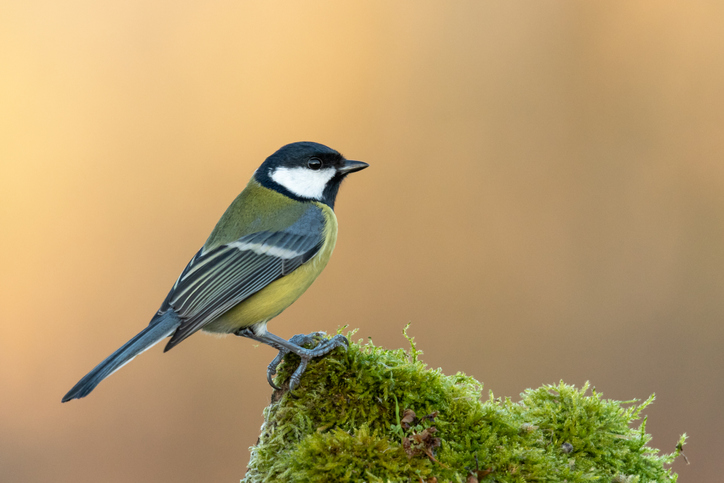 Not a fussy eater, great tits will happily eat peanuts and seeds, with both adults and young also feeding on mealworms and all varieties of insects.

A grey bird with white edging on the wings, the woodpigeon also has pinkish shading, with a white patch on the side of its neck. Its tail has a broad, dark band across the tip, while its yellow feet are a familiar identifier for the newest of bird watchers. The famous “coo-COO” of the woodpigeon is a regular sound heard throughout the UK. 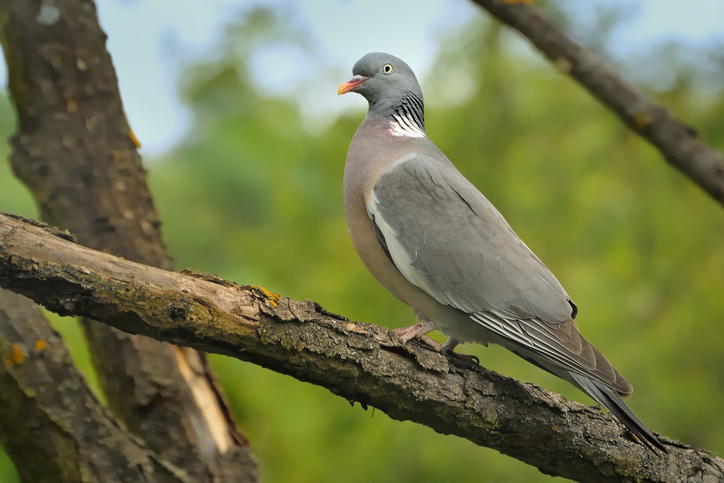 The woodpigeon’s universal taste means that it will eat pretty much anything and can often be seen underneath feeders and bird tables, picking up spilled seed. 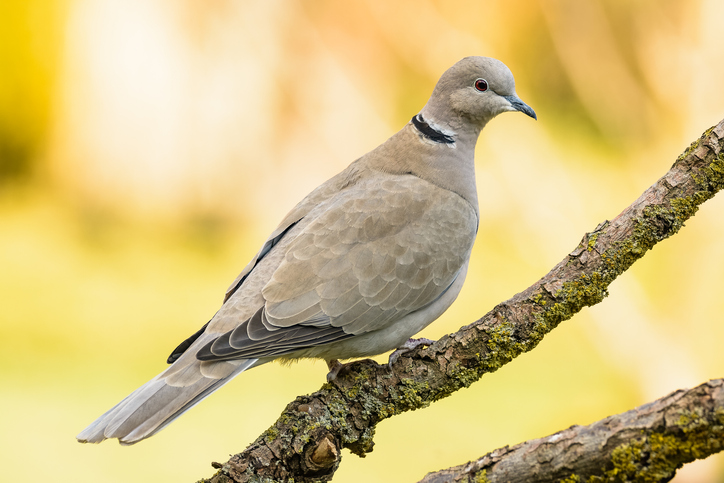 Collared doves love grain, and can be seen on farmland trying to get a quick meal. This is why seed mixes that contain wheat are a good option for attracting doves.

Some may argue, but the greenfinch is, well, green! The light shade of yellow green is found all over the plumage, though as is often the case, the females are duller, with some signs of grey. Harsh and wheezy, their song is often delivered from the tops of bushes and smaller trees. 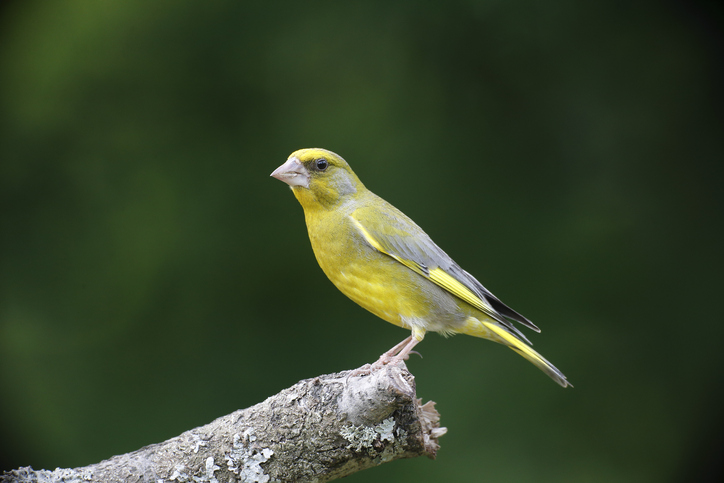 Feeding mainly on seeds, they will also eat nuts and fruit. If you’ve got a peanut feeder, the greenfinch will happily come for a high energy snack.

We love seeing all of your lovely photos, so if you are taking part in the Big Garden Bird Watch and manage to snap some pictures of your feathered friends, why not share them with us over on our Facebook page! 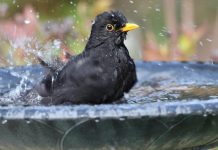 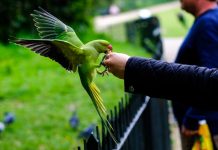 The Life Cycle of the Cuckoo