Throughout summer, it’s not uncommon to find a baby bird sitting on the ground by itself or hopping around without any sign of its parents. But what is the best thing to do if you find a young one?

Nine times out of ten there’s no need to worry about it. They are doing exactly what they should be doing, and have deliberately left the nest a little while before they are able to fly.

It may be tempting to pick the bird up however this will do more harm than good. As fledglings are extremely unlikely to be abandoned by their parents. Remember, just because you cannot see the adult birds that does not mean that they aren’t around. In fact, they are probably out collecting food for their little ones, or hidden away up high keeping an eye on how their baby is getting on. So leave them where they are, under the care of their own parents.

How can I tell if it’s a fledgling?

The offspring of our most common garden birds fledge once they are fully feathered, but still unable to fly, and will often spend a day or two on the ground whilst their flight feathers come fully into growth.

There are, however, exceptions to this rule: swifts, swallows and house martins are able to fly upon leaving the nest and should never be found on the ground. If you do find a swift, swallow or house martin on the ground then contact your local animal shelter straight away, and keep a constant eye from a distance until it has been collected. It’s worth noting also that any fledgling bird of prey that you find on the ground should be left well alone, as there is a likelihood that you could be attacked by its parent. 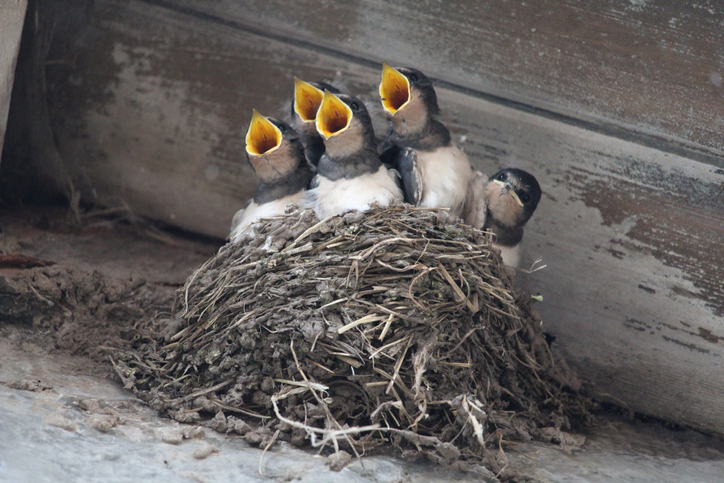 Can I return it to its nest?

If you find a young bird that is unfeathered or is covered in a fluffy down, this has fallen from the nest by accident. The only circumstances in which you should attempt to return the bird to its nest is if you know exactly which nest it has fallen from, and if it appears to be strong and healthy. In some cases, parent birds will sense that there is something wrong with one of their young and eject it from the nest so they can concentrate on raising the stronger ones. This sounds harsh, but it is nature taking its course. If a healthy chick cannot be returned to its nest, it should be passed onto a local animal shelter for rehabilitation as soon as possible. Remember, if the young bird is fully feathered, it will have left the nest deliberately and therefore is not meant to be in the nest.

Is it in danger?

If the young bird is in a potentially dangerous location, such as a busy road or path, then it makes sense to pick it up and move it a short distance out of harm’s way. Be sure to leave it within hearing distance from where it was found, so it can be located by its parents. 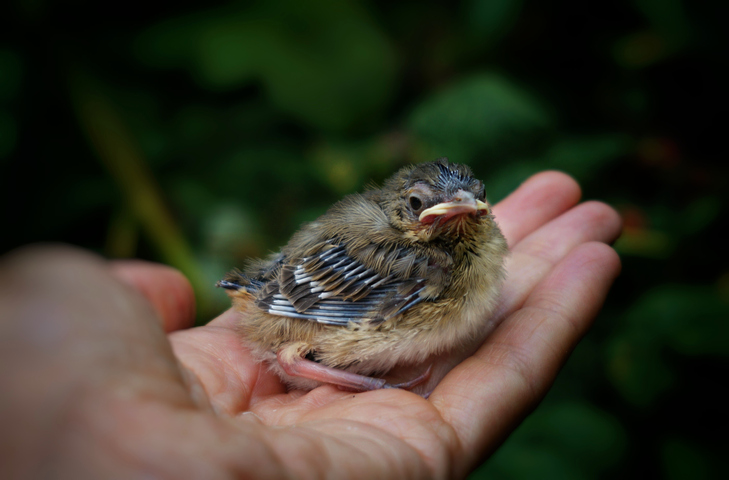 Following this advice will give fledgling birds a greater chance of survival, and make sure that they grow to full strength where you will hopefully see them feeding in your garden! 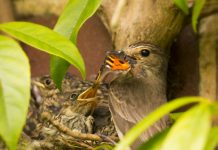 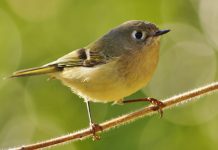 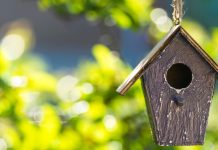 How to care for birds in summer

How to deter cats from feeders