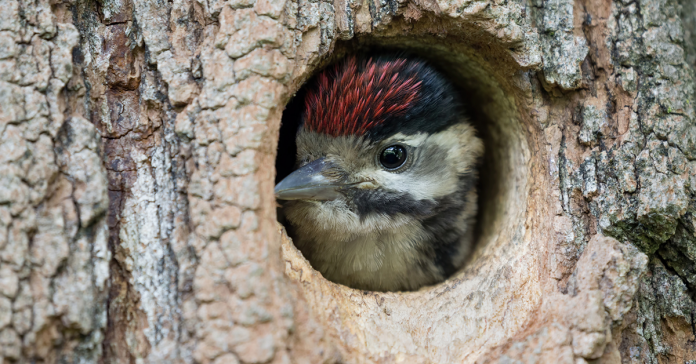 Here in Britain, we’re lucky to have a wide variety of animals living in our native woodland and rural areas, with each of them being as wonderful and varied as the birds we love to see in our garden. We’ve put together a list of some of our favourite fascinating British wildlife; how many of these have you seen in the wild?

While farmers might not be their biggest fan, badgers are a quintessential British animal. These fascinating creatures live as one family unit in their setts, and will sometimes share their home with other animals, too. Want to know more about badgers? Check out these 8 interesting facts about badgers.

Despite being the most widely spread mammal across Britain, with a population of around 60 million, these little fellows are actually incredibly hard to spot. That’s because they spend most of their time scurrying around in grassy banks – if you look closely, you might be able to see their tunnel entrances and runways in the grass.

Common shrews are the second most numerous British mammal. There’s estimated to be more than 47 million of them dotted around woodlands and grasslands across the UK – they live in densities of up to 50 animals per hectare, and are highly territorial. Shrews only socialise with one another during the breeding season. Young shrews can sometimes be spotted in a ‘caravan’ following their mothers, with each shrew grasping on to the tail of the shrew in front – the mother leads, and the young follow along behind.

The grass snake is our longest British snake. These interesting creatures prefer wetland habitats, but can sometimes be spotted in gardens – especially if you’ve got a pond – and other dry grasslands. They can be spotted between April to October, and tend to hibernate over the colder months. Grass snakes will lay around 10 to 40 eggs in rotting vegetation – perhaps your compost heap – and incubate them there until they hatch in early autumn.

Does Britain have beavers? It does indeed! In fact, this unusually British animal was originally driven to extinction in Britain more than 500 years ago, but has been recently re-introduced to the British countryside in the last 10 years or so. Beavers can completely transform landscapes and create new wetland areas. They like to build damns, which restrict water flow and create new ponds of deep, still water. Beavers will create their homes in these pools, constructed with sticks, branches, all held together with mud.

Our only venomous snake, adders tend to be quite shy animals. You might be lucky enough to spot one basking in the sun in woodland glades, moorland, or on heathlands – you’re most likely to find them on the first warm days of March, when they emerge after hibernation. Despite the fact they are venomous, getting bitten by one is very rare, and is very unlikely to be fatal.

There are 18 native bat species right here in the UK, but the one you’re most likely to spot flying around in the night air is the common pipistrelle bat. Don’t let its small stature fool you – this adorable little animal can eat over 3,000 insects in a single night’s work. Truly remarkable! They’re very fussy about where they roost – make sure to choose a bat box constructed from untreated wood if you want to attract these fellows to your garden.

The British red squirrel is now one of our rarest animals. That’s because when the grey squirrel was introduced from America back in the early 20th century, it took over the red squirrel’s habitat and nearly drove it to extinction. Now, the red squirrel population is mostly constricted to the North of England and Scotland.

While they are often mistaken for snakes, slow worms are actually lizards. These fellows should be a welcome addition to your garden, as they are remarkably helpful for keeping down the local pest population. They’re very shy creatures, and are most likely to be hiding in your compost heap, or basking under an old sheet of corrugated iron.

Otters are secretive semi-aquatic mammals, which can be found in our rivers and streams. They used to be more widespread across British – particularly before the 50s and 70s – however, due to the use of a pesticide, their population fell. When the organochlorine pesticides were withdrawn from use, the otter population started to recover.

These intriguing fellows can be spotted across a variety of habitats, including heathland, moorland, grassland, and woodland. They incubate their eggs internally, and “give birth” to live young instead of laying eggs. The common lizard has a unique method to protect itself from predators; it can shed its tail in order to distract any attacker so as to give them a chance to run away. They can then regrow a tail, but this tends to be much shorter than the original.

Foxes have placed themselves at the top of the British woodland food chain due to its varied diet, and remarkable adaptability. The red fox is equally at home in our woodlands as it is in our city streets, and will eat a diverse diet from rabbits and rodents to berries and fruit. They like to live in family units, with both the male and female helping to bring up the young. Sometimes the grown-up cubs will even remain with the family to help raise the next lot of young. Foxes have even been recorded to live in the same setts as badgers!

This adorable little creature is one of the more endangered species in Britain today. They rely on trees to survive and spend the majority of their time up in the tree canopies. They only come down to ground level to hibernate during the winter months. Hazel dormice prefer deciduous woodland, and don’t like moving around in the open, making them even harder to spot.

The Eurasian hedgehog is one of Britain’s most loved animals. Just like the slow worm, these fellows should be encouraged to your garden. They’ll make short work of any slugs and beetles you’ve got hanging around, helping your garden to thrive. You can encourage them by offering a plate of cat biscuits and a bowl of water for them to snack on, as well as installing a hedgehog house in your garden. Want to know more about them? Take a look at these 5 things to know about hedgehogs.

Pine martins are notoriously elusive and are mostly solitary creatures. They only tend to come together during the breeding season, producing a litter a year. Pine martins were more widespread than they are currently, woodland cutting and hunting greatly reduced their numbers. They have recently been re-introduced to some areas across the UK in the hopes of increasing their population.

Easily confused with its cousin the weasel, stoats are recognisable by their larger size and the black tip on their tail. Stoats can tackle prey up to five times bigger than them, and have been known to drag prey that’s much heavier than they are over walls. Remarkably, the stoat’s fur turns partially or completely white over the winter months, but the black tip always remains. This white fur is known as ermine.

Weasels are smaller than stoats, and have an all brown tail. They have a high metabolism, and as a result, need to eat roughly a third of their body weight daily. Its small size means it can chase rodents down their burrows. Like their cousin the stoat, they’ll also try to tackle prey larger than themselves, such as rabbits and birds.

Widespread across the UK, the common frog is a great visitor for your garden. They can be found anywhere there are suitable ponds for them to breed in. Did you know that the common frog can breathe through its skin as well as with its lungs? They like to hibernate during winter either under piles of rotting leaves or in pond mud.

How many of these fascinating British animals have you spotted out and about? Let us know over on our Facebook page!