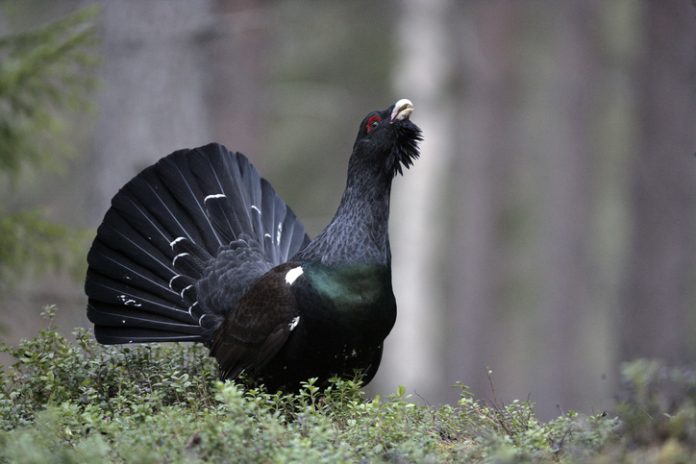 We all love wildlife, and there’s a real pleasure to be found in watching birds hopping around the garden or balancing on bird feeders whilst they have a well-earned snack. Our country is rich in wildlife, and there are some real wonders of the animal kingdom right on our doorstep.

Sadly, some of our native species are in decline. But thanks to the work of conservation trusts, they are making a comeback. Take a look below and check out some of the rarest animals you can find in the UK.

Similar in size to a domestic cat, pine martens inhabit deciduous and coniferous woodland. They are fairly secretive, but truly beautiful, with a chestnut brown coat and orange-peach patch on their chest. Once the second most common carnivore in the UK, their numbers have declined considerably, partly due to predation by eagles and foxes but mostly because of hunting and deforestation.

Pine martens are now protected by the Wildlife and Countryside Act 1981, and their numbers are increasing in Scotland, Wales and Northern England. 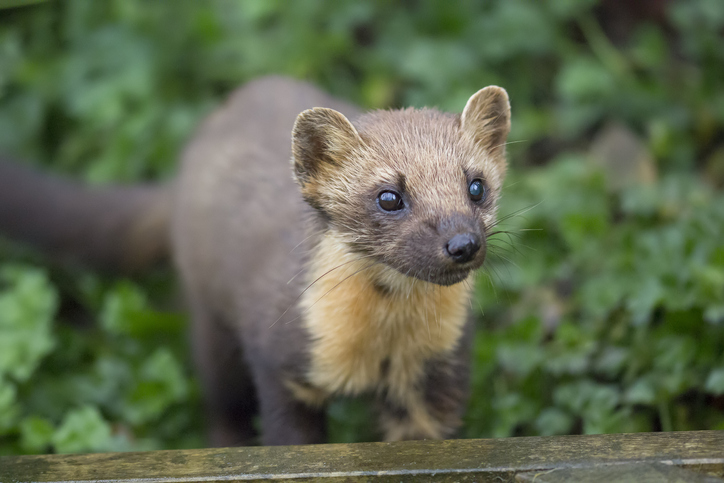 Golden fur, large eyes and a furry tail make the hazel dormouse one of the cutest nocturnal animals in our country. Residing in the south of the UK, it feeds on fruits, nuts, flowers and insects throughout the spring and summer. During the winter months they enter ‘torpor’ hibernation, slowing their body functions way down.

The loss of ancient woodland and hedgerows has had a significant impact on hazel dormouse populations. This is because they will not cross open areas and therefore are at a higher risk of isolation and, ultimately, extinction. 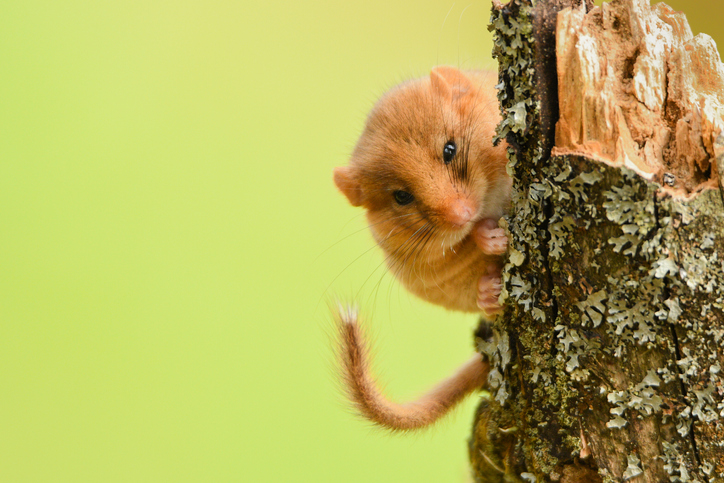 The only cicada native to the UK, this insect is a striking specimen with clear wings and golden stripes. Famed for its high pitched song, barely audible to the human ear, they sing between May and July in order to attract females for mating.

Only found in the New Forest, and endangered to due to habitat loss and climate change, the cicada is believed by many to already be extinct. However, nymphs spend eight years underground, so it is possible that there may still be some in existence. 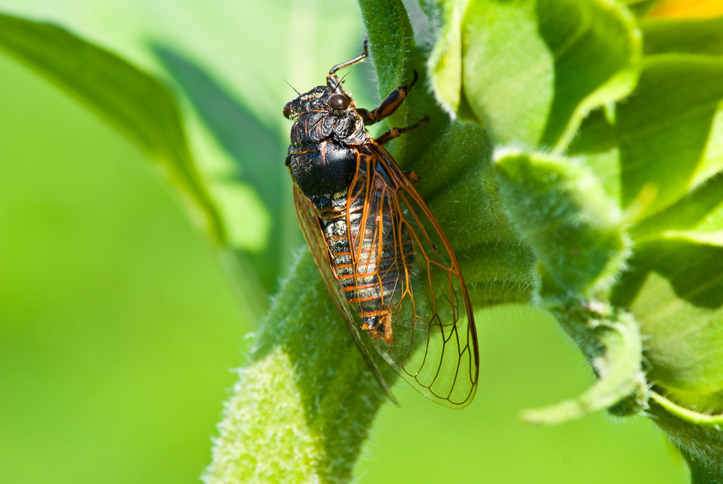 Once widespread, red squirrels are now few and far between, outcompeted by grey squirrels that were introduced from North America in the early 20th century. Now only found in Scotland, Northern Ireland and the far north of England, their population is around 140,000 compared to several million in the grey squirrel population.

Another threat facing red squirrels is the deadly squirrelpox virus, which greys can transfer to reds without becoming affected themselves. 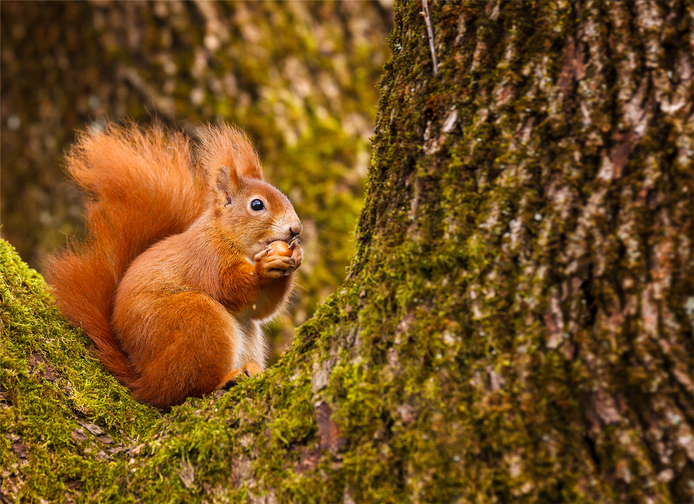 Around the same size as a turkey, the male capercaillie is black and crown with a red wattle above its eye, whereas females are a brown-grey colour. Extinct in the UK in the 18th century, capercaillies from Sweden were reintroduced to Scotland in the 1830s, however they have since seen a rapid decline in their numbers due to habitat loss caused by destruction and overgrazing.

With an estimated figure of less than 2000 birds left, the capercaillie is on the UK Red List. 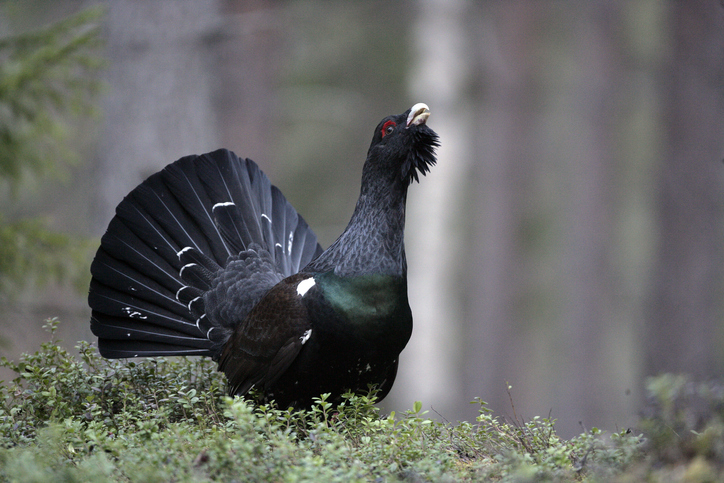 Similar in appearance to the brown rat, water voles are found along rivers and streams where they eat up to 80% of their body weight per day! Active during the day, they are known for digging burrows along riverbanks where they rest at night.

Once commonplace along waterways in Scotland, England and Wales, it is believed that the water vole has been lost in around 90% of its old sites. This is due to predation from the non-native American mink, habitat loss and water pollution. 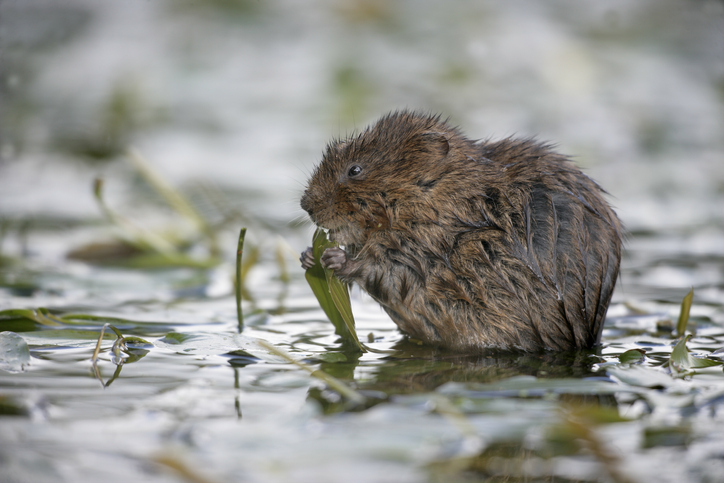 It would be easy to mistake a Scottish wildcat for an overgrown domestic tabby, however it is about twice the size and far more ferocious! Identifiable by its size, it also has distinctive black bands around a large, fluffy tail, a large jaw and a wide, flat head.

Solitary by nature, they inhabit wooded areas, moorland, pasture and rocky outcrops in the Scottish Highlands. There are thought to be less than 400 left in the wild due to past deforestation and persecution, it’s greatest threat now is hybridisation with domestic cats, diluting the wildcat gene until it is wiped out. 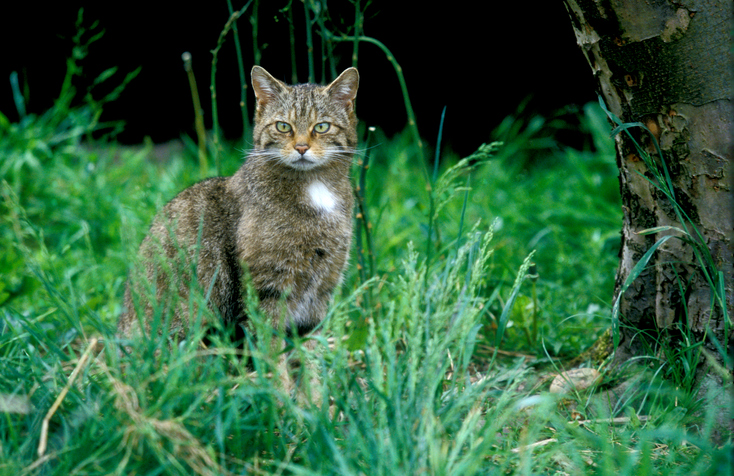 With long ears, a pink face and brown fur, Bechstein’s bat was once the most common species of bat in the UK, roosting in ancient woodland. During their breeding season of late autumn to early spring, females will gather in maternity colonies of up to 100 bats.

Sadly, the population of this species has now declined considerably due to the deforestation of their natural habitat, and there are now thought to be less than 10 breeding locations in England and Wales. 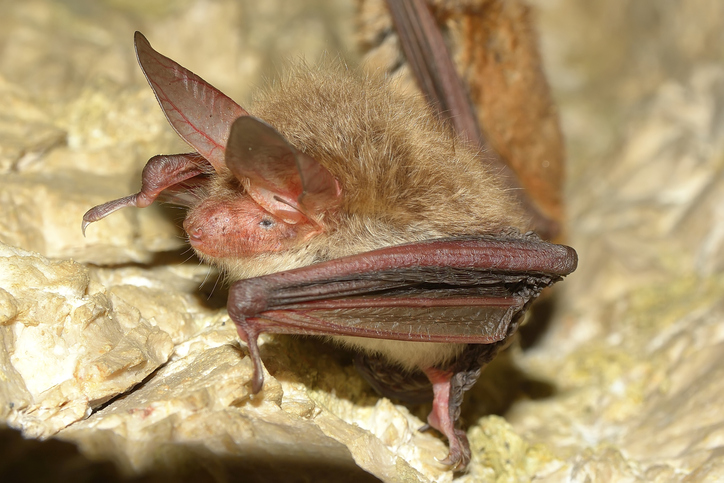