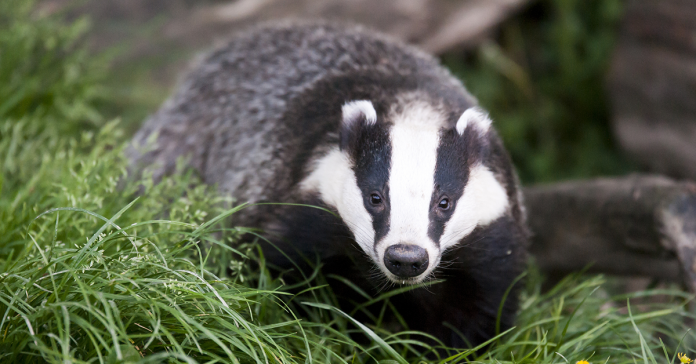 Much like the hedgehog, badgers are a staple among our British countryside. These wonderful creatures have been defended by Queen guitarist Brian May in the face of the controversial badger cull, and are only really disliked with any intensity by farmers. Their striped faces make them an iconic part of British wildlife. But how much do you know about the Eurasian badger? We’ve come up with some of our favourite facts to celebrate this underrated mammal.

Home is where the sett is

Badgers live in their own homes, known as setts, which are burrows underground. These can survive for centuries, housing several generations of badgers, which consist of a series of chambers and tunnels and have several different entrances. The largest sett in Britain was found to extend over 15 by 35 metres and had 12 entrances! A sett normally houses around 6 badgers, which are collectively known as a clan or a cete.

Badgers take pride in their home. They won’t bring food inside the sett, and won’t use any part of it as a toilet – instead, they use specific areas along the boundary of their territory called latrines. Badgers also like to keep their setts clean, and will repeatedly change their bedding to prevent the build-up of fleas and lice. They like to line their sleeping area with clean grass and leaves to create a cosy nest.

There are eight different species of badger, however the Eurasian badger is most common in Britain. In fact the Eurasian badger is native not only to the British isles, but to most of Europe and parts of the Middle East as well! They are said to have been in Britain for over 250,000 years, but scientists argued that there is fossil evidence of this being even longer.

Who doesn’t love an adorable dachshund? We have the badger to thank for them; the dachshund, which is literally German for ‘badger hound’, were bred to flush badgers out of their setts. The hounds aren’t used much for that nowadays though, and are more likely to be burrowing under blankets in the comfort of their own home than into badger setts.

There are two conflicting sources for where the name ‘badger’ came from. One claims it to be derived from the French ‘bêcheur’, meaning ‘digger’. The other claims that the name comes from the distinctive striped head which looks like a badge. Interestingly, the Welsh word for badger is ‘mochyn daear’, which literally translated means ‘earth pig’.

Badgers have a varied diet, and will eat anything from meat to fruit, or even plant bulbs and birds eggs. Their thick skin and long, sharp claws lend them the perfect tools for digging, and also mean they are one of the few animals that can get passed a hedgehog’s defences to make it a tasty snack. They are very fond of elderberries, so you’re likely to find elderberry bushes near the entrances of their setts. Earthworms make up 80% off their day to day diet, and they can eat several hundred of them in a single night.

It’s been illegal to hurt or kill badgers here in the UK since 1992. A law was passed to protect them when people were found to be trapping them for sport and killing them under the belief that badgers interfered with agriculture. Even in more recent years badgers have been blamed for the spread of bovine tuberculosis, prompting an intervention from Queen guitarist Brian May to try and save them when culls have been proposed to tackle the issue.

The humble badger has even appeared in popular culture throughout the years! From Beatrix Potter stories, to Kenneth Grahame’s ‘The Wind In The Willows’, the badger has appeared across many aspects of our heritage. It’s even the symbol of Hufflepuff house from JK Rowling’s Harry Potter series, used with yellow and black to make an iconic badge.

Do you know any interesting badger facts that we’ve missed? Let us know over on our Facebook page!

Five things to know about hedgehogs