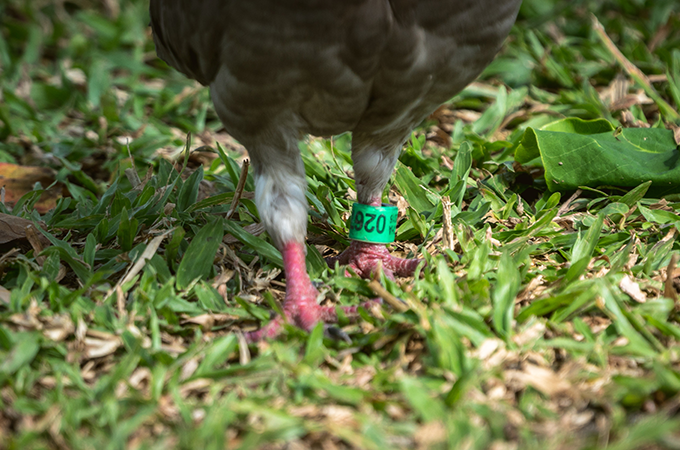 If you’re a keen bird watcher, you’ve probably heard people refer to bird ringing. The efforts of bird ringers are crucial to conservation. But what exactly is it? What effect does it have on bird populations?

For the casual birdwatcher, we’ve put together a brief guide so you can learn more about bird ringing and what it actually is.

Bird ringing is the act of placing a metal ring around the leg of a bird so as to accurately measure migration and population. Birds are caught in traps, or captured as young in the nest, then tagged. The metal ring is attached to their lower leg, and they tend to be measured, weighed, aged, sexed, and examined for any other data relevant to the study, too. The people who partake in bird ringing are called ringers, and the work they do is important in order to understand more about certain bird populations.

The metal rings – usually made of a lightweight material such as aluminium – are designed to be as light as possible, and to have no adverse effect on any birds. The rings all have a unique number so that each bird can be identified when discovered again, as well as a contact address so that whoever next catches or finds the birds can get in touch with whoever is studying them – usually someone like the British Trust for Ornithology.

When a ringed bird is found, the ring number is read and reported back to the ringing authority or ringer. This is known as ringing recovery, or ringing control. Birds can either be recaptured, or sometimes are found dead in the wild – all of this data is important to the studies that ringers are conducting.

Why is bird ringing important?

Before bird ringing became a widespread practice, we knew very little about where birds migrated to in winter, or why certain species had a sudden drop in population. Bird ringing helps to give us an insight that we previously never had, so as to show what we can do to help with bird conservation for endangered breeds.

There’s a variety of data that ringers aim to collect each year from birds so as to better understand changes in population, survival, the movements of birds, as well as many other factors. From all the information collected, scientists can gain some insight into how we can mitigate circumstances which might have a negative effect on bird populations.

How does bird ringing differ from tracking?

While bird ringing is attaching a metal ring with a unique identification number to a bird’s leg, tracking is a bit different. This involves attaching a tracking device to the bird, which allows organisations like BTO to track its movements across the globe. One of their notable projects include the cuckoo tracking project – before this, we had no idea where cuckoos went for winter. Thanks to the BTO, we now know they winter in South Africa. You can learn more about bird tracking over on the BTO website.

When you hear about things like mist nets and birds being captured to have metal rings on their legs, it’s understandable that it might be perceived to be cruel, as birds won’t know what’s going on. However, nets are checked regularly so as to distress birds as little as possible. The rings are designed to be as lightweight as possible so as to not interfere with the bird’s day to day activities. Once the birds have been ringed, they are released back into the wild where they were found.

Bird ringing is an essential research tool for conservationists and scientists to understand sudden changes in bird populations, as well as migratory habits. The data that they collect from bird ringing is invaluable, and ringing itself will have no long-lasting detrimental impact on birds.  Not convinced? Then you might be comforted to know that not just anyone can do bird ringing. It is currently illegal to capture a wild bird – either with a net, or by disturbing its nest – under the Wildlife and Countryside Act of 1981. However, certain agencies like the British Trust for Ornithology are able to grant permits to do so for conservation purposes.

The training is rigorous, and takes up to two years to complete under constant supervision of an experienced ringer. So while someone who doesn’t know what they’re doing may indeed cause harm to birds, you can rest assured that any scheme under the BTO’s watchful eye is as humane as it can possibly be.

What do I do if I find a ringed bird?

If you find a dead bird with a ring around its leg, or as part of a ringer study, you can report it to the BTO. These recoveries are crucial to the data that the BTO collect. In the past 100 years, they have ringed over 76 million birds, with only around 700,000 recoveries being done.

This is because when a bird dies, there’s no guarantee it will actually be found. Recovery rates have been dropping in recent years, meaning that the BTO have fewer birds to estimate survival rates from. So if you do stumble across a ringed bird, you can help with conservation efforts by reporting the location that you found it in through the link above.

Are you interested in bird ringing? Have you ever found a ringed bird? Tell us all about it over on our Facebook page!