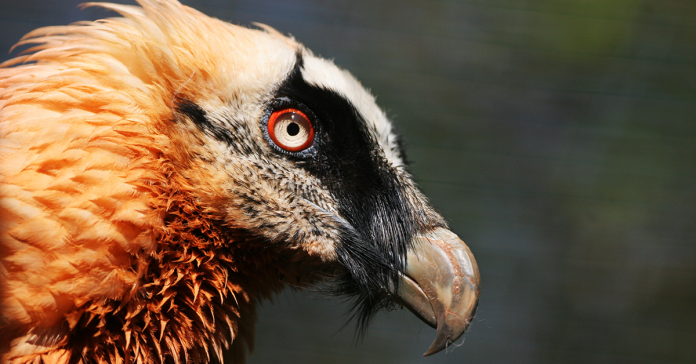 The fascinating bearded vulture was recently spotted right here in the UK, roosting in the Peak District National Park. But what exactly is it, and why are people getting so excited about seeing this bird of prey?

The bearded vulture, or lammergeier as it is sometimes known, is a rare raptor that is native to the mountainous regions of Europe. The two-year-old vulture that’s been spotted in the Peak District is a rare sight indeed, and not just because the bird of prey is recognized as a near-threatened species on the IUCN red list. This is only the second time one has been spotted here in the UK – the first recorded visit in living memory was back in 2016, around Dartmoor and in Monmouthshire.

It is thought the young bird has travelled across the channel from the French or Swiss Alps, where the breed has been reintroduced into the wild through a breeding programme. There are thought to be less than 10,000 birds across the globe, making it one of the rarest raptors to spot in the wild.

One of the largest birds of prey

The bearded vulture is one of the largest birds of prey that you can spot in the wild, and is one of the rarest raptors in Europe. With a height of over a metre, and a wingspan of up to 3m, it is larger than a golden eagle, and is the Alps’ largest bird. This striking bird is recognizable not only from its size, but by its yellow or white plumage on its head and breast, grey-black tail and wings, with adult birds having a black strip over their eyes, and bristles at the base of their beak which form the distinctive appearance of a beard.

Bearded vultures are monogamous animals, and tend to lay two eggs when they breed. The smaller egg is thought to be for biological insurance, as the larger chick tends to kill of its younger sibling in the first few weeks after hatching. They have vast territories which the adults defend, spanning roughly between 200km to 400km – the distribution of the species is sparse. Bearded vultures like to nest on high rock ledges, and inhabit exclusively high mountainous areas.

What do they eat?

Another name for the bearded vulture is ossifrage, which literally translates as “bone breaker”. This is because up to 90% of the bearded vulture’s diet consists of bone marrow and bone fragments that it scavenges from carcasses. They don’t like to eat the meat, so will choose carcasses that have already been picked clean by other birds of prey.

They pick up skeletons and drop them from a great height to break the bones up to more manageable chunks, spiralling down to pick at them. If the bones don’t break on a first attempt, they’ll repeat the process until the bones are broken into smaller pieces.

Their gastric fluids are so strong that they’re able to digest the whole bones, and once digested these are a nutritious and easily storable choice of food. They also have very little competition for stripped carcasses, meaning there’s plenty of food to keep them going.

Why were they eradicated from the Alps?

This fascinating bird of prey used to be native to the Alps. Its falling numbers and eventual eradication was partly down to a decline in natural food sources, as well as partly down to unfounded stories which led to a poor reputation.

People believed that the bearded vulture was picking off lambs and small children, leading to locals to actively hunt them down, with a bounty being offered for each animal killed. The last living wild bird to be recorded in the area was shot in 1913. Despite these unfounded rumours, the bearded vulture has never been known to be antagonistic towards humans.

After the eradication of the native population by the beginning of the 20th century, efforts were made to reintroduce the bearded vulture to the Alps in the 1970s. The efforts have paid off, with around 200 birds released in the Alps, and a now estimated 250 birds in the region.

How long will it be in the UK?

It’s hard to say how long our unusual visitor will remain in the UK for. It was first spotted back in June in the West Midlands, and will likely stick around if there’s food available. It’s thought it could travel to other mountainous areas in the UK if it can find ample supplies of food. Even though they are known to travel vast distances , it’s rare for the bearded vulture to risk the journey over the channel; they normally return to their places of origin eventually.

Will you be travelling to Derbyshire to try and catch a glimpse of this rare bird while it’s still in the UK? Or perhaps you’ve already been, and managed to get a few snaps! Let us know over on our Facebook page!