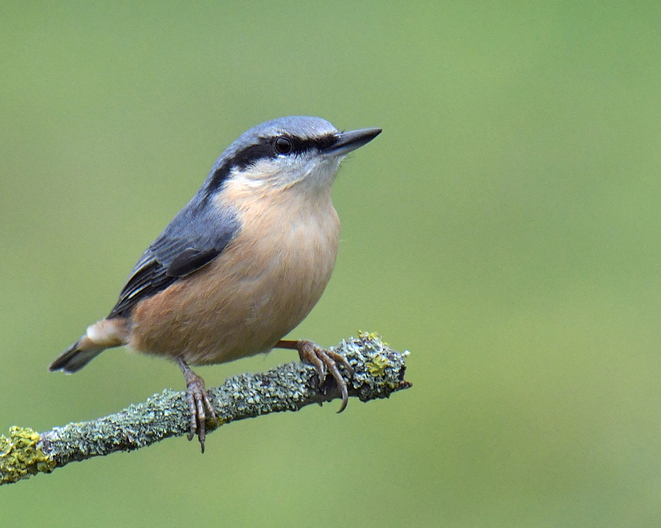 Identifiable by a plump potbelly, large beak, rusty orange underparts and dark blue wings, nuthatches are agile, busy birds that are a favourite amongst wildlife fanatics. But how much do you know about them? Keep reading to learn more about this wonderful bird.

They were once restricted to the South-East of England, however during the 20th century they began spreading North. Able to climb trees, they are often mistaken for treecreepers but, unlike the treecreeper, nuthatches are able to climb both up and down a tree trunk, whereas treecreepers can only climb upwards. 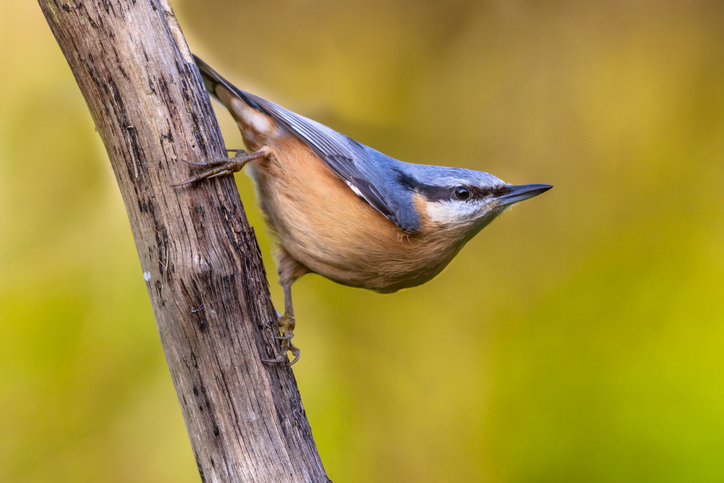 This is due to the nuthatch’s strong legs and feet, which they use for added mobility rather than relying on their tail for support and balance as most other birds do.

Their name comes from the original middle English ‘nuthak’, which literally means ‘nut hacker’. This term refers to the way a nuthatch secures a nutshell into the crevice of a tree and then hammers away at it with their bills until the nut cracks open and their delicious treat is revealed! 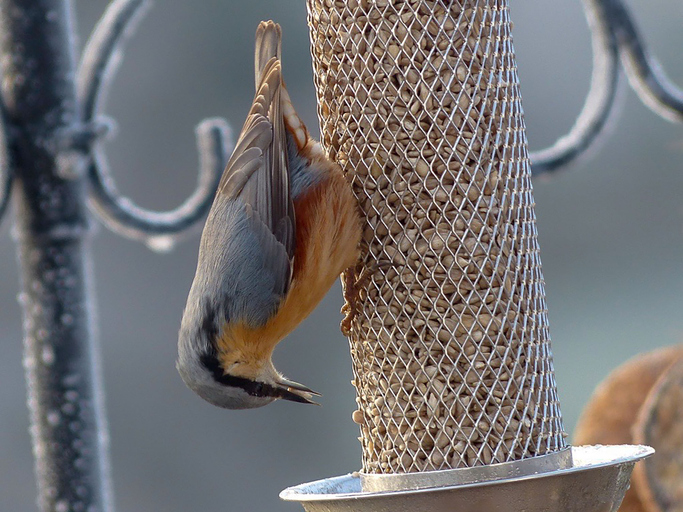 Known for storing food, nuthatches will often take nuts and seeds from bird tables and feeders, and hide it away elsewhere. They are quite territorial birds, so if they have food hidden for emergencies, they will become aggressive to any bird that comes near it.

There are more than 20 species of nuthatch in the world, however the one that resides in the British Isles is the Eurasian Nuthatch, which has the largest breeding range of all nuthatch species, extending across Europe into Japan. 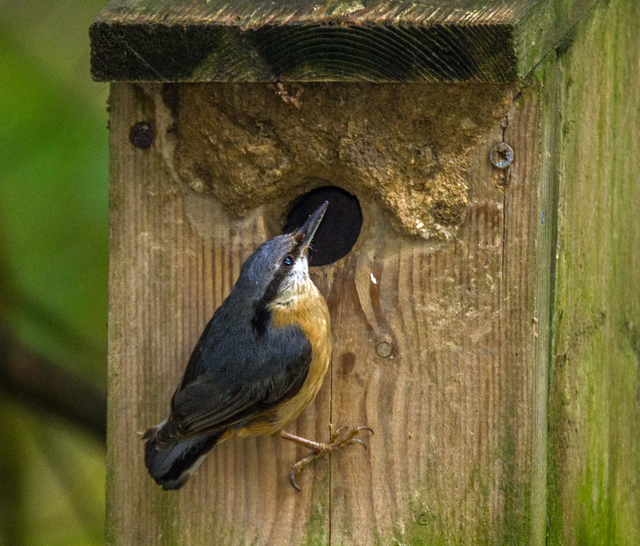 Nuthatches are fond of setting up home in nesting boxes for the breeding season, however they can’t resist a bit of personalised design, and have been known to plaster mud around the entrance to nesting boxes to make it just the right size for them to fit through, ensuring no trespassers can enter!

Insects To Encourage In Your Garden