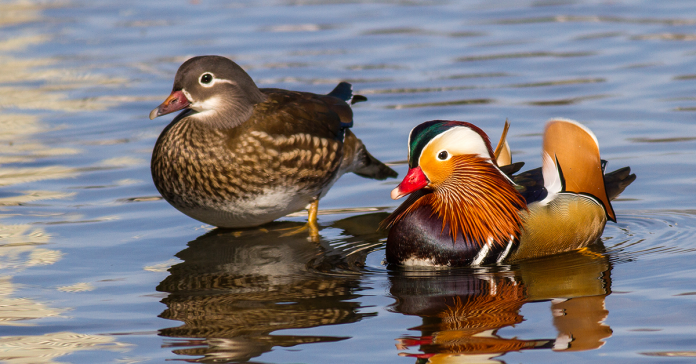 Everybody’s seen a blue tit or house sparrow in their garden, or while out and about in the countryside. But how many of these unusual British birds have you seen?

This lovely little coastal bird is unmistakable because of its striking bright bill. You’re more likely to spot a puffin on the islands along the coast of Britain than in your back garden, but they are well worth the summer trip to see them.

The hoopoe is a beautifully exotic migrant visitor to the UK. While it’s not a native, you should be able to spot it out and about during the spring and autumn months. They have been known to breed in Southern England during warmer weather, but the hoopoe generally passes through the UK on its way to Europe.

This gorgeous little bird is quite similar to a robin in stature, and is recognizable by its striking blue throat. It’s quite a secretive bird, and can be seen hopping along on the ground, or ducking into cover. You’re more likely to spot this little bird along the east coast of Britain in spring and autumn, particularly around scrubland and grassy areas.

The male golden oriole has an unmistakable bright yellow body, and is very rare in Britain, in part due to its secretive nature. Female golden orioles are actually greenish in colour, but have an equally striking plumage.

These nocturnal birds are most likely to be spotted on a warm summer’s evening. They prefer woodland, and have an almost supernatural reputation for their silent flight and ability to steal milk from goats. Their mottled brown plumage provides the perfect camouflage for the daylight hours.

Contrary to its name, the male bearded tits have black ‘moustaches’ rather than ‘beards’. They tend to prefer reed bed habitats, and have only 630 breeding pairs in the UK, thought to be limited by their habitat. They’re the only British songbird to stay in reedbeds all year long. The bearded tit is a prolific breeder, with up to four broods in a single year.

This delightful seabird only comes to land to breed, and winter in the northern Atlantic. The razorbill can be spotted at various points along the coast of Britain, and its future survival depends entirely on the health of the marine environment.

As with most dimorphic birds, the male mandarin duck has the more striking plumage, with the female appearing almost dull in comparison. Recognizable by its elaborate plumage, the male mandarin duck has long orange feathers on the side of its face, pale orange flanks, and orange ‘sails’ on its back. They were originally introduced from China, but have since established themselves as a resident in the UK after escaping from captivity.

Are there any unusual British birds that you think we’ve missed off our list? Let us know over on our Facebook page.