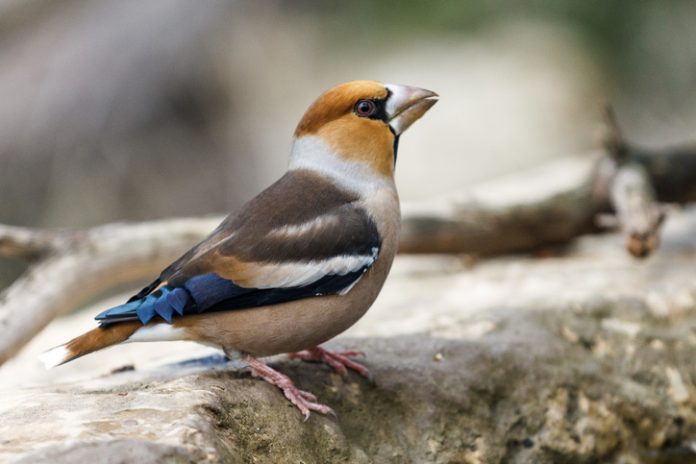 Some are regular garden visitors, and some are more secretive, woodland dwellers, but how many have you spotted? We’re here to lend you a helping hand with identifying members of one of the most varied bird families – finches.

Male & female: Both sexes are similar in appearance with a red, white and black face. They have a brown and black breast, and black wings with bright yellow bars.

Juvenile: Initially less colourful than their parents, juvenile goldfinches have a brown and streaky black head, back and breast. They can be spotted, however, by their black wings with yellow bars.

Location: Goldfinches are common across the UK and are a regular visitor to gardens and bird feeders. 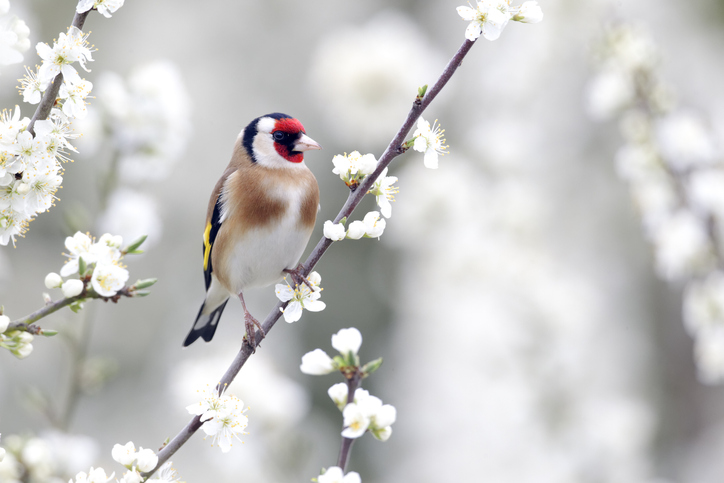 Male: The male brambling has a grey-blue head and an orange breast. They have dark wings with orange bars, and a white belly and rump.

Female: Similar markings to the male, however females have a brown head and their orange breast is duller in colour.

Juvenile: Young bramblings are similar in appearance to the female, however they are rarely seen in the UK.

Location: Bramblings are found in varying numbers across the UK during autumn and winter, and tend to favour beech woodlands in the east of England. 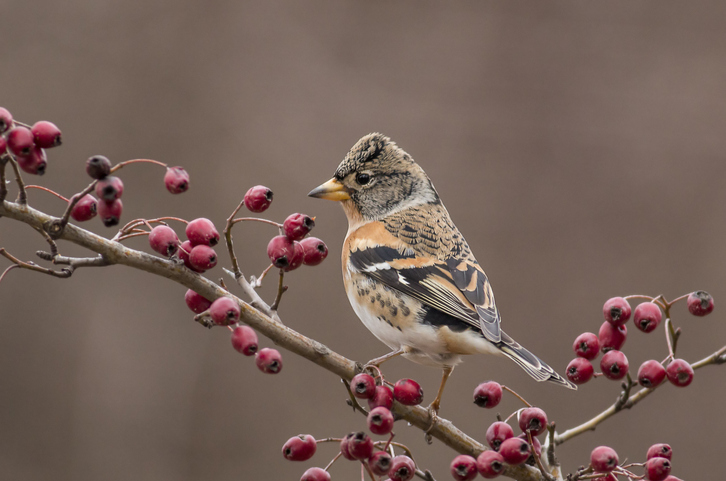 Male: Sporting a rosy red head, breast and belly, the male crossbill can also be identified by dark grey wings and its namesake crossed bill.

Female: Different in appearance from the male, females have a grey-green head, breast and belly. They still, however, sport dark grey wings and the characteristic crossed bill.

Juvenile: Entirely different from either parent, juvenile crossbills are covered with streaky, grey-brown feathers all over.

Location: Common crossbills can be found in coniferous woodland across most of the UK, often feeding in the canopy. 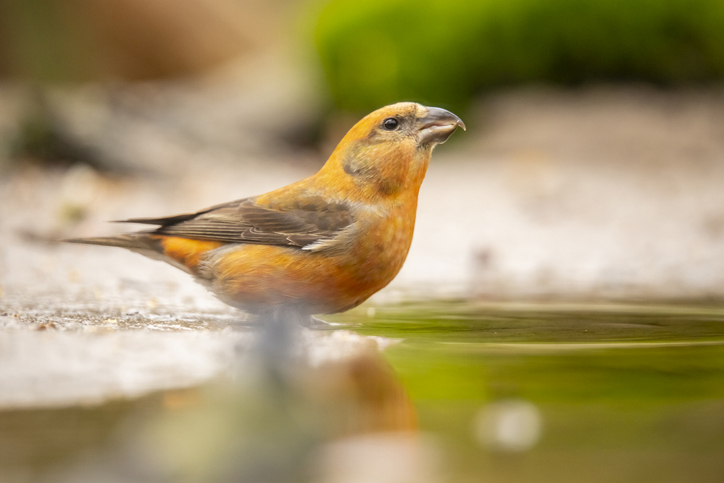 Male: A grey head marked with a pinky-red patch that is mirrored in the chest colour, and a dark brown back with a lighter brown belly.

Female: Much duller in colour than the male with a streaked, pale belly and breast. Females do not have any red markings at all.

Juvenile: Young linnets are similar in appearance to the female, but sport a deeper brown colour on the head.

Location: Linnets are widespread throughout the UK, particularly on lowland farmland. 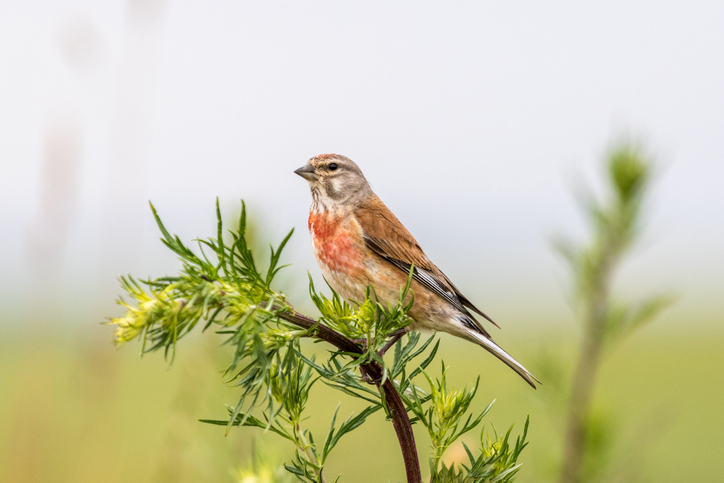 Male: Orange cheeks and breast, with a slate grey head and white wing bars. The male’s bill also turns from pink to silver during the summer.

Female: Lacking any orange colour at all, females are covered with buff brown tones and have white wings bars the same as the male.

Juvenile: Similar in appearance to the female.

Location: Chaffinches are common garden visitors and are widespread throughout the UK. 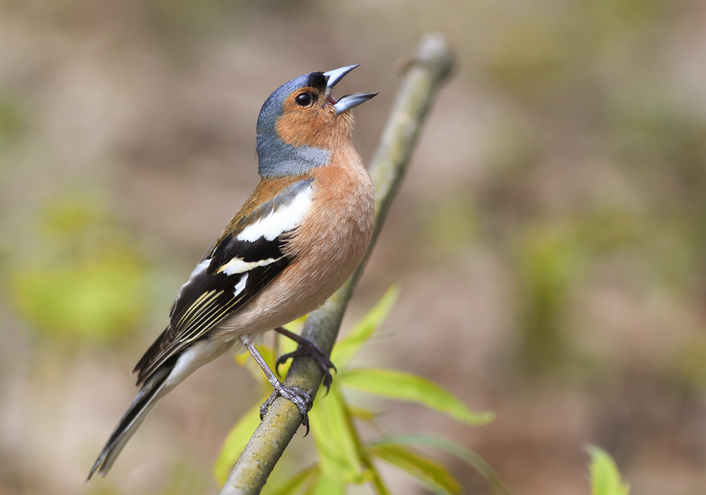 Male: Less colourful than many other finches, the twite is streaky brown all over and has a stubby bill and a forked tail. During summer, the male’s rump turns a bright shade of pink.

Female: Similar in appearance to the male, but does not get a pink rump during summer.

Juvenile: Similar to the female

Location: Twites breed in the Scottish uplands, the Pennines and North Wales, Scottish Island and coastal parts of Northern Island. During winter, they can be found further afield but tend to stick to coastal areas.

Male: A heavy silver bill with a black mask, orange-brown head, grey neck and dark brown back. Wings are blue-black with a white bar.

Female: Similar markings to the male but duller in colour.

Location: A rare find, hawfinches can be located mainly in hornbeam woodland 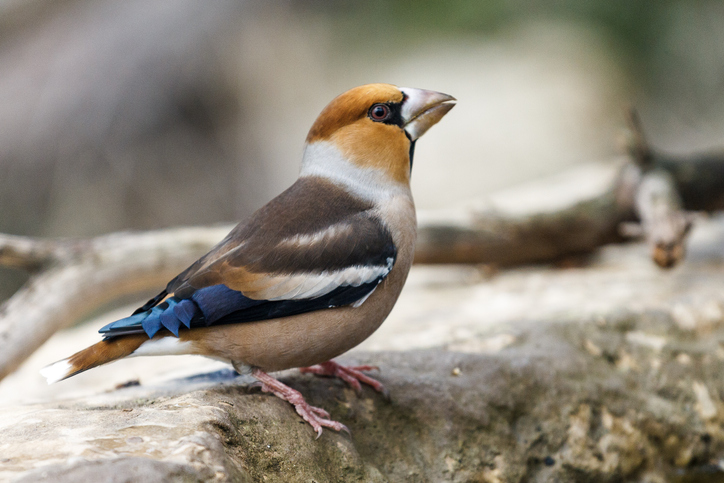 Male: Bright pink breast and characteristic thick neck, with a slate grey back, black cap and stubby black bill. Males also have a bright white rump which is more noticeable during flight.

Female: Similar markings to the male but with a buff brown breast and dull brown back

Juvenile: Similar in colour to the female, but lacking the black cap and bill

Location: Bullfinches live in pairs or small groups and can be found in woodland throughout the UK. They are also common garden visitors. 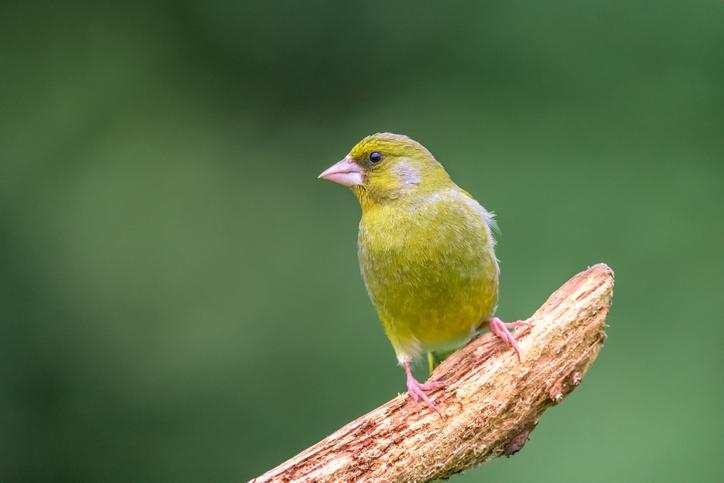 Male: Streaky brown plumage with a red forehead, black bib and small yellow bill. Depending on temperature, the male’s breast can turn to a pink-red during summer.

Female: Similar in appearance to the male but without the summertime flush to the chest.

Juvenile: Similar to the female but lacking the red forehead.

Location: Lesser redpolls can mainly be found in birch or alder woodland. 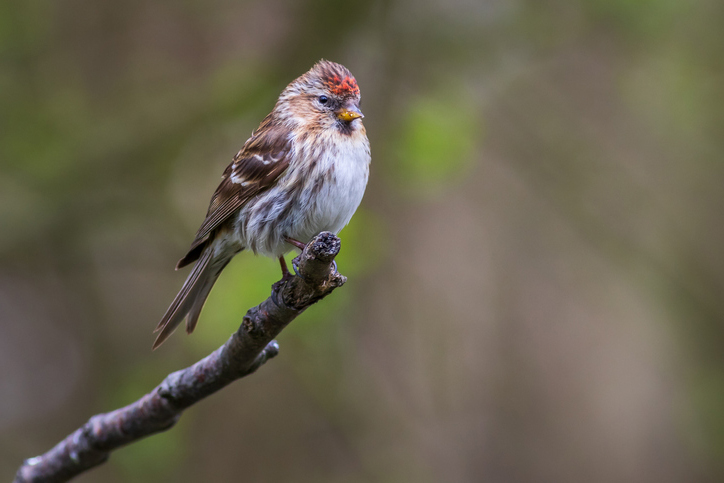 Female: Duller yellow head and back, black and yellow wing bars and a streaky breast and belly. 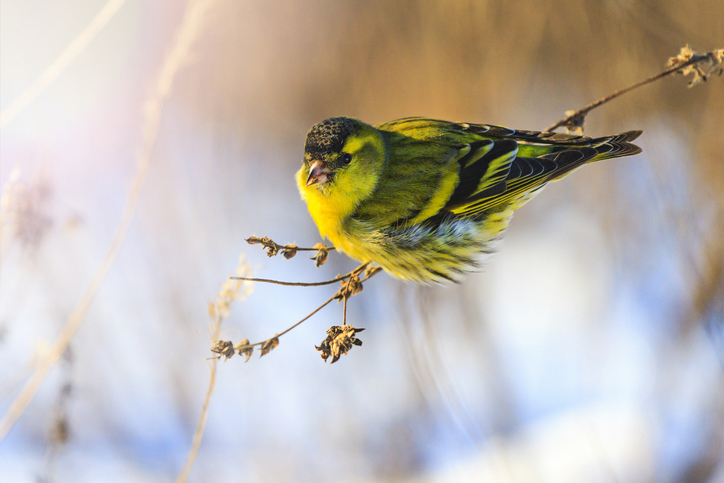 If you’d like to learn more about your feathered friends, and for more tips on identifying any flying visitors to you garden, take a look at our garden bird library. 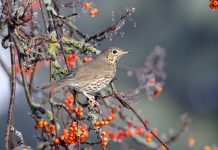 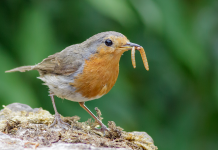 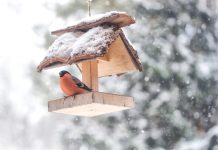 All you need to know about birdbaths