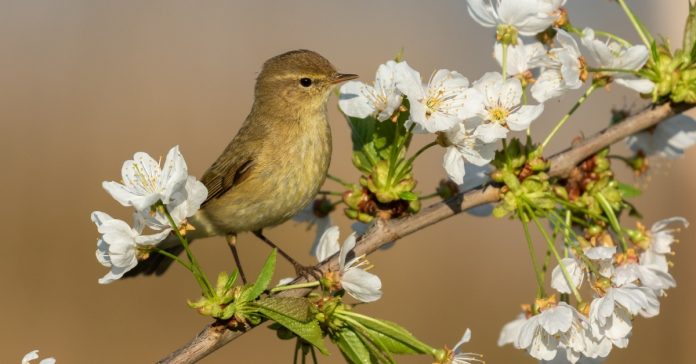 “I love spring anywhere, but if I could choose, I would always greet it in a garden”
– Ruth Stout

April is here, and nesting season is well underway! Here at Happy Beaks we’ve loved hearing the return of the dawn and dusk choruses, which have been gathering in gusto over the last few weeks as birds little and large compete to attract mates and proclaim their territory from the treetops.

With the new month greeted by nippy nights and frosty mornings for many of us around the UK, it’s more important than ever to make sure busy parents-to-be have a constant food supply. Remember to swap out any peanuts for seed to avoid a choking risk to young fledglings. Our Premium Spring & Summer Mix is specially tailored to the needs of your garden birds at this time of year, while our high-energy suets are great for busy parents who don’t have much time to look after number one! 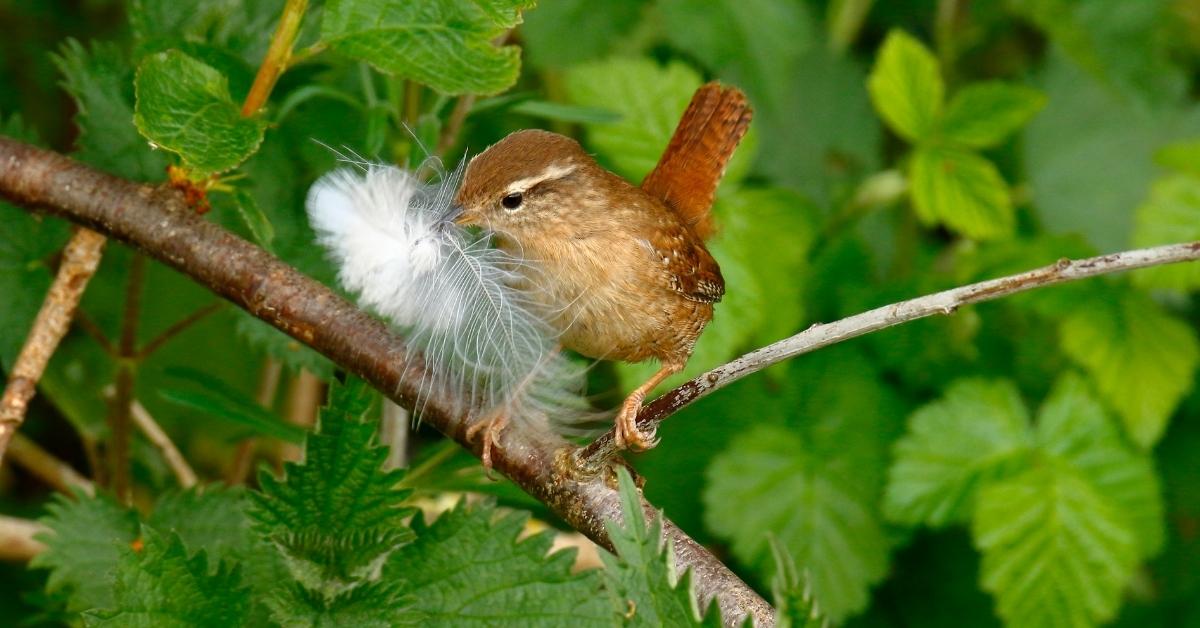 During breeding season, a parent bird sustains a metabolic rate that is a whopping seven times its resting rate. This level of energy burn is equivalent to that of cyclists competing in the Tour de France! With this in mind, it’s no wonder that you may be seeing your feeders emptying faster than ever – now more than ever, birds need your help to keep their energy levels up and successfully raise a brood of chicks.

Delve into this month’s Your Happy Beaks Garden to discover key players in the dawn and dusk choruses, what you should be doing in your garden in April, and this month’s winner of our #SnappyBeaks competition!

Garden Birds to Spot in April

Though their shy demeanour means they are not seen as often as many of our garden visitors, wrens are actually the UK’s most common breeding bird. They are also one of the smallest, clocking in at only 9cm from beak to tail! This adorable little bird is unmistakable for its feisty upright-tail pose and its astonishingly loud, relentless and utterly beautiful song. Feeding on a diet of insects and spiders, wrens are most often seen creeping furtively through the undergrowth and probing crevices in walls, or defiantly proclaiming their song from a high vantage point. 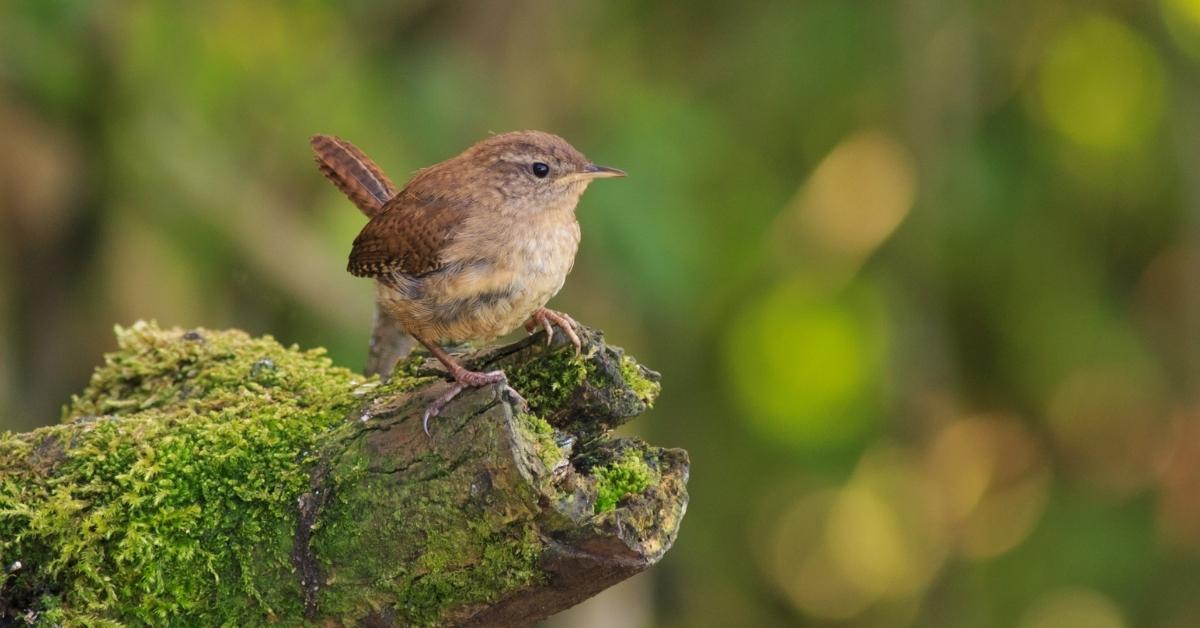 One of the quintessential sounds of spring is that of a song thrush in the evening, launching short, repetitive phrases of song from its lofty perch atop a tree. About the size of a blackbird, song thrushes have a beautiful speckled breast and are often seen hopping about on lawns, where they feed on worms, snails and fruit. The song thrush is something of a British literary icon, with its song chronicled by several famous poets over hundreds of years, including Wordsworth, Robert Browning and Thomas Hardy. However, it is sadly in decline. You can help by offering dried mealworms in a ground feeding tray when the ground is too dry or hard for thrushes to find their own. If you have space, planting a berry-rich British native hedgerow will provide both food and habitat for song thrushes, as well as benefitting a wide range of other birds and wildlife. 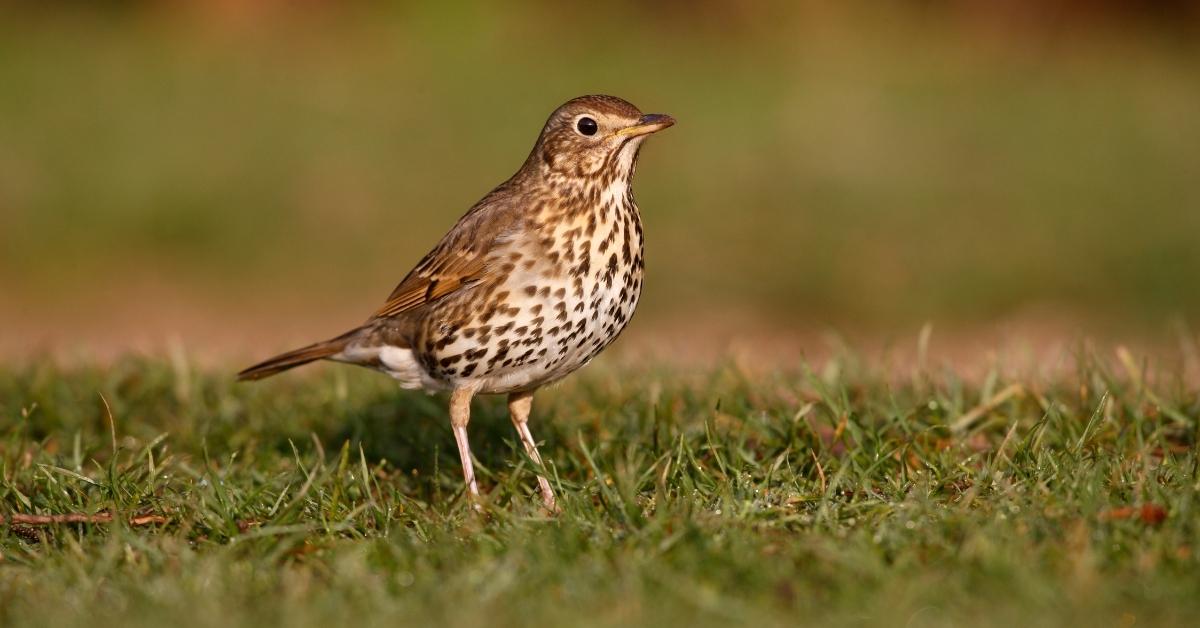 Though the chiffchaff may be hard to spot, with its olive plumage camouflaging it amongst the trees, you’ve almost certainly heard its song! Chiffchaffs are so named for their very distinctive, metronomic two-tone ‘chiff-chaff-chiff-chaff’ calls. Though they are very similar in appearance to willow warblers, they can be distinguished by their noticeably darker legs. Chiffchaffs also have an endearing habit of continually flicking their tail. You’ll most often see them flitting from branch to branch as they forage for insects amongst the leaves and bark. 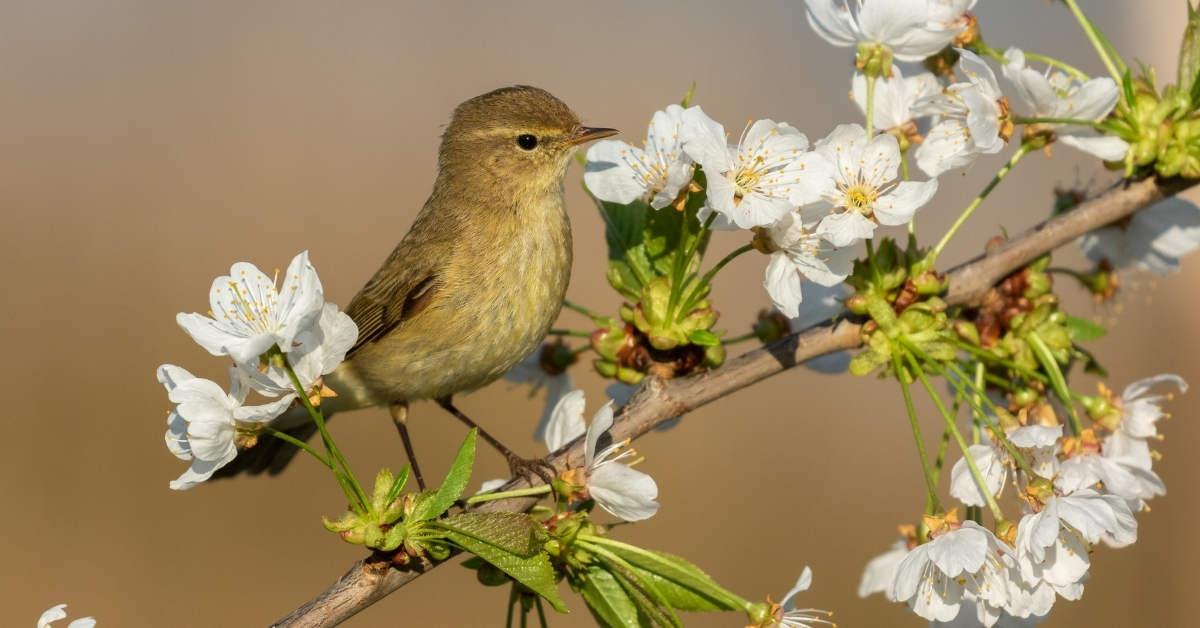 April is a hectic month in the kitchen gardener’s calendar! This is the month to sow spinach, chard, beetroot, radishes and lettuces outside. For salad crops, aim for a sowing each month to ensure a successional harvest. French and runner beans can now be sown indoors, and the second week of April is the best time to sow courgettes and squashes. This month is also your last chance to sow leeks, broad beans and summer cabbages outdoors. Finally, don’t forget to get your onion sets and potatoes in the ground if you haven’t already!

April is the perfect time for sowing wildflower seed. Any area of wildflowers, no matter how small, will provide pollinators and other wildlife with valuable food and habitat later in the year. Simply clear the area of weeds, rake the soil to a fine tilth, scatter the seed evenly and gently rake to cover. 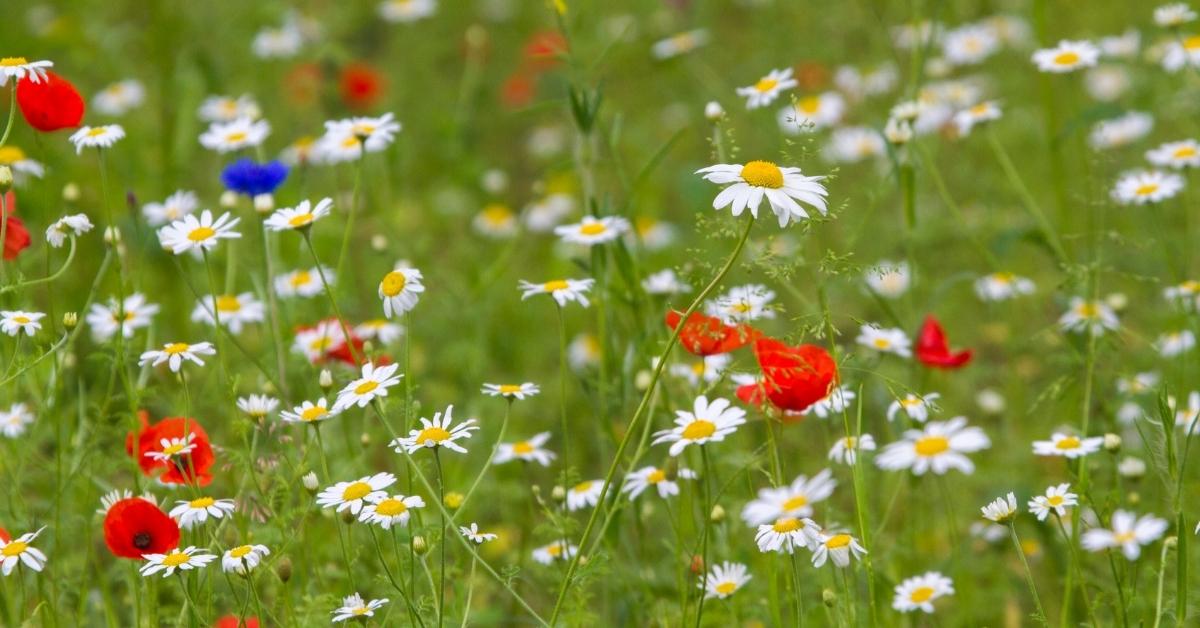 We love seeing your #SnappyBeaks entries! Each month we showcase some of your best birdy snaps, in the garden and in the wild, and give you a chance to win a prize in the process. We’ve had some great sightings amongst the entries this month, including bramblings, siskins and a cirl bunting! Here are some of our favourite entries from March. 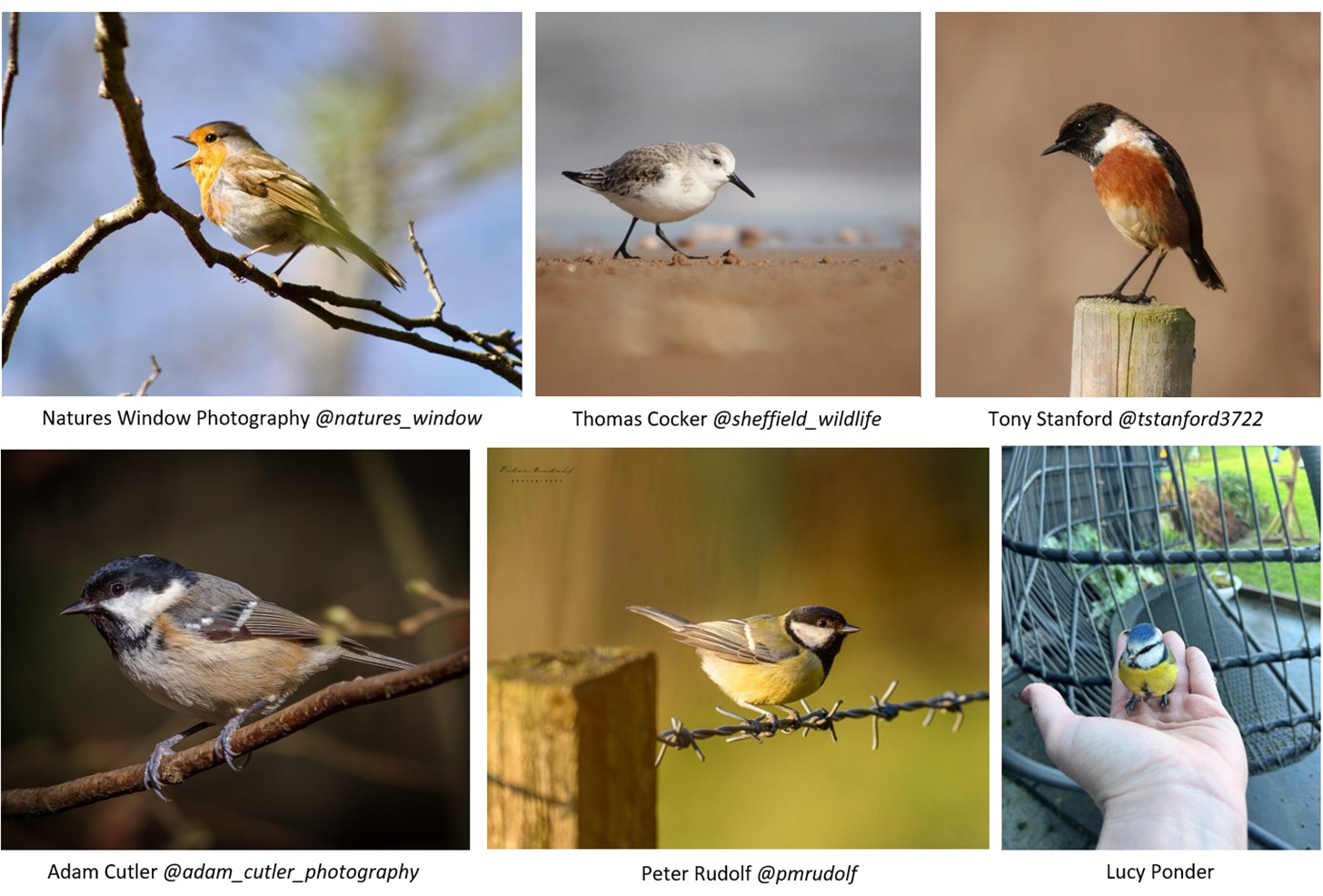 This month’s winner is John Wood with this amazing image of a curious willow warbler having a close encounter with a bee. We don’t think either of them quite knows what to make of the other! 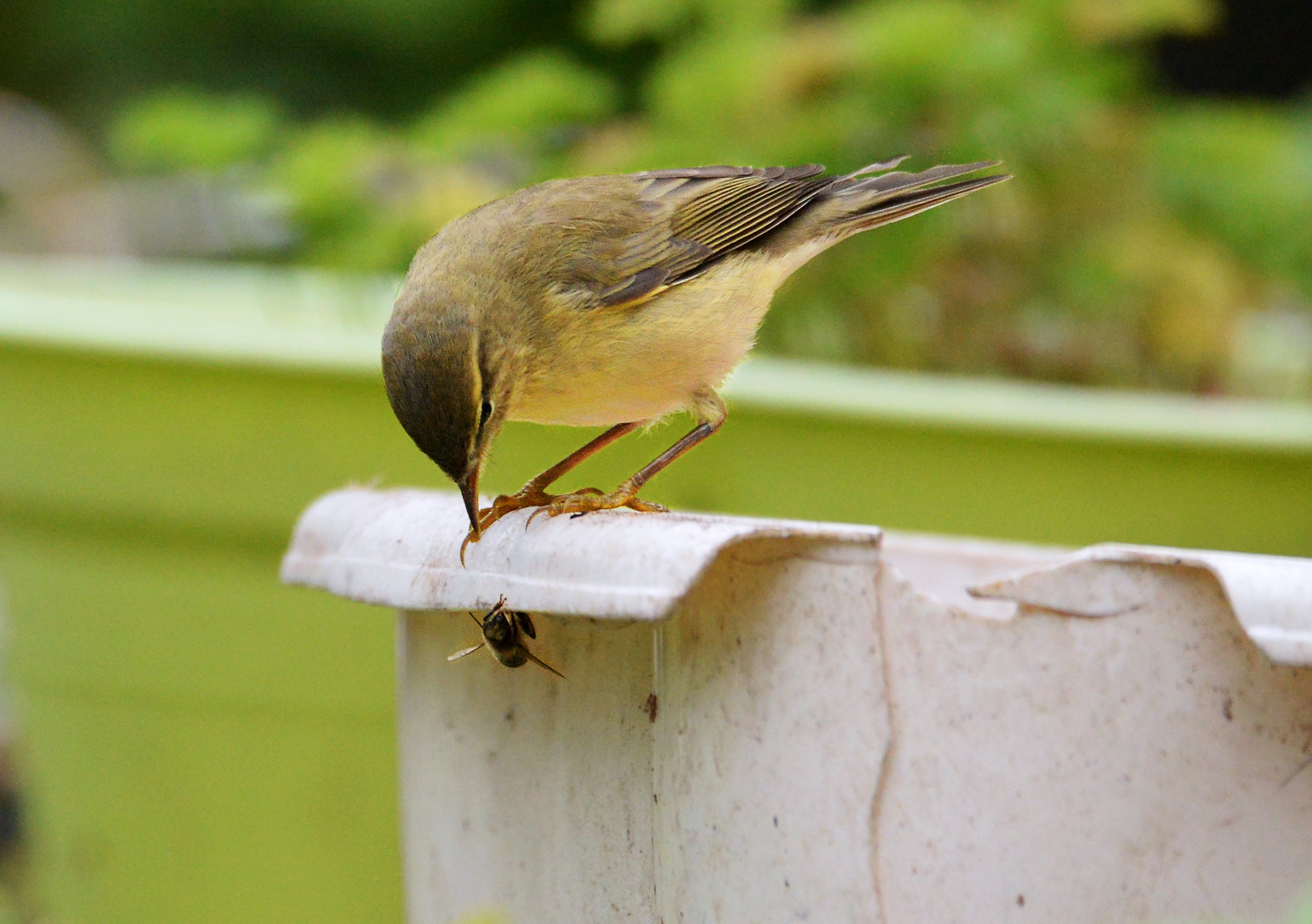 It’s so simple to enter! Just share your photo with us on any of our social media platforms, using the hashtag #SnappyBeaks. You can enter via Instagram, Facebook, Messenger or Twitter. As long as your photo is related to bird feeding or wild birds in some way, we’ll consider it as a valid entry.

April is the perfect time to put up nest boxes for swallows, swifts and house martins, which will be arriving over the next few weeks to spend the summer in the UK. Having flown thousands of miles from Africa, they will be glad of a place to call home! Swallows prefer a specially designed open cup-shaped box that simulates their own nests. These are best situated in a partially enclosed area with easy access, such as a porch, open-fronted garage or shed with open window. House martin nest boxes are similar but are more of a closed cup, with just a small opening at the top and a roof to keep things cosy. Swift nest boxes also have a unique design, taking the form of long, narrow horizontal boxes with a small hole in one end, which fit directly below the eaves. Get these boxes up now so that these welcome summer visitors have a place to rest when they reach the end of their epic journey. 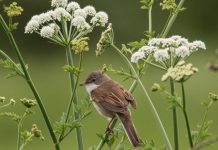 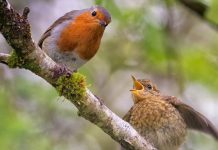 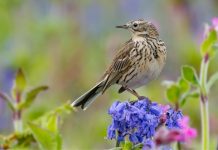 Your Happy Beaks Garden – May